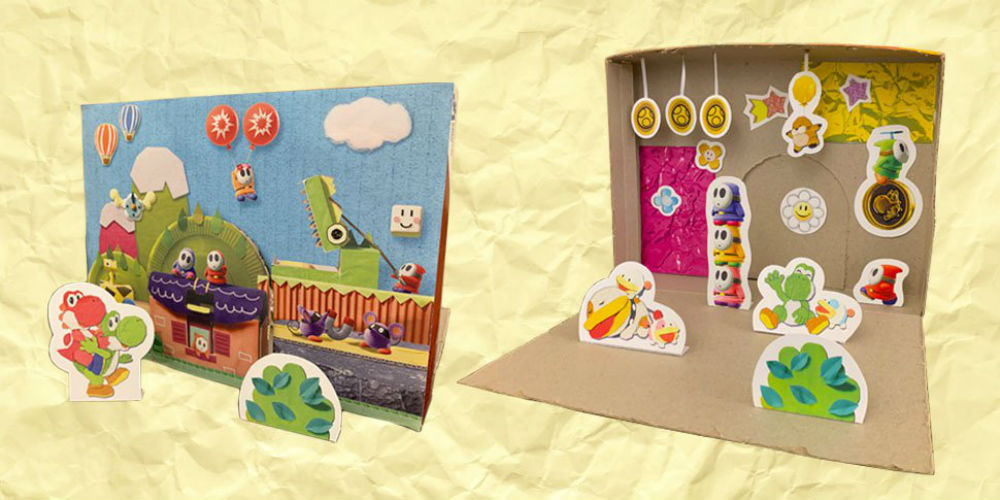 In case you haven’t noticed, Nintendo has several subsites that offer a few different services.

You’re probably most familiar with My Nintendo, which has sparing discounts and the ability to convert Platinum and Gold into rewards or real money respectively. Another destination is Play Nintendo: a kid-centric landing page with all sorts of free arts and crafts activities and cheeky polls.

The latest project is a Yoshi’s Crafted World (Switch) diorama set, which includes two amazingly adorable scenes inspired by the game. They’re not just slapdash creations either, as the examples that Nintendo gives actually emulate a few in-game levels in a fairly accurate manner.

You basically just need paper, tape/glue, scissors, and a cereal box (or any box really) and you’re good to go. The sleeping Poochy and his family gets me every time.