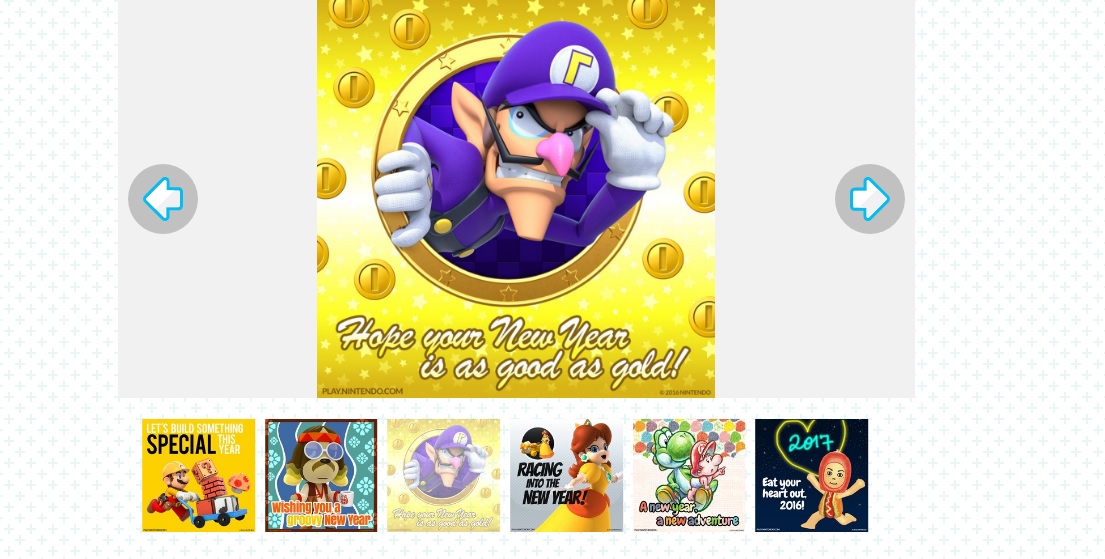 A friend just turned me onto these, and I know they’re a few days late, but outside of the creepy Miitomo hot dog person, these are damn cute.

Over on the “Play Nintendo” activity site, the Big N put together a collective of New Year’s cards (you know, like the valentines you give in grade school), which run the gamut of Mario, Animal Crossing, and the aforementioned Miitomo themes.

Another thing that caught my eye is that Jibanyan, a character from Level-5’s Yo-Kai Watch, is the only third-party character in the “Friends” section of the site — almost like he’s first-party now. Good to see that someone is looking out for this great series.