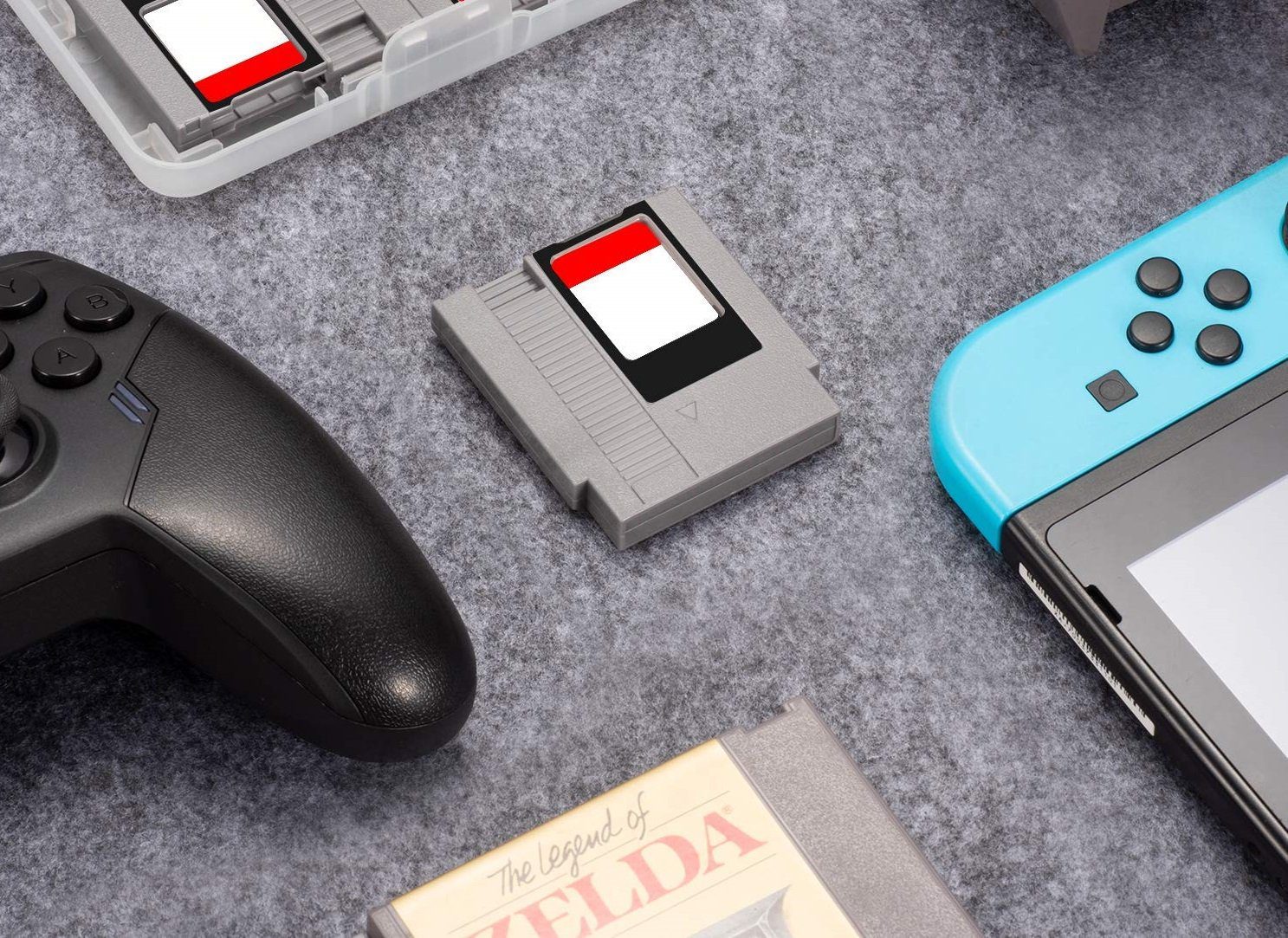 At this point, I have a decent collection of Switch cases.

I display them the old fashioned way: by fanning out the original packaging in classic fashion. But every so often I get the itch to show them more elegantly, and I’m tempted by these new goodies from Retro Fighters.

Called the “Retro85 Mini NES cartridge Switch game cases” (mouthful!), they’re billed as “individual Switch game card cases stylized as classic NES carts.” A set comes with eight carts in all, which can display one game per cart; and a giant case within a case to hold all those cases (I heard you like cases).

I’m probably going to hold off on getting these as it’s a bit of a novelty; but if I had a more extensive Switch library to show off, I’d definitely get them to publicly display as part of a collection. The gall of using a giant case to hold one tiny cart is tempting.