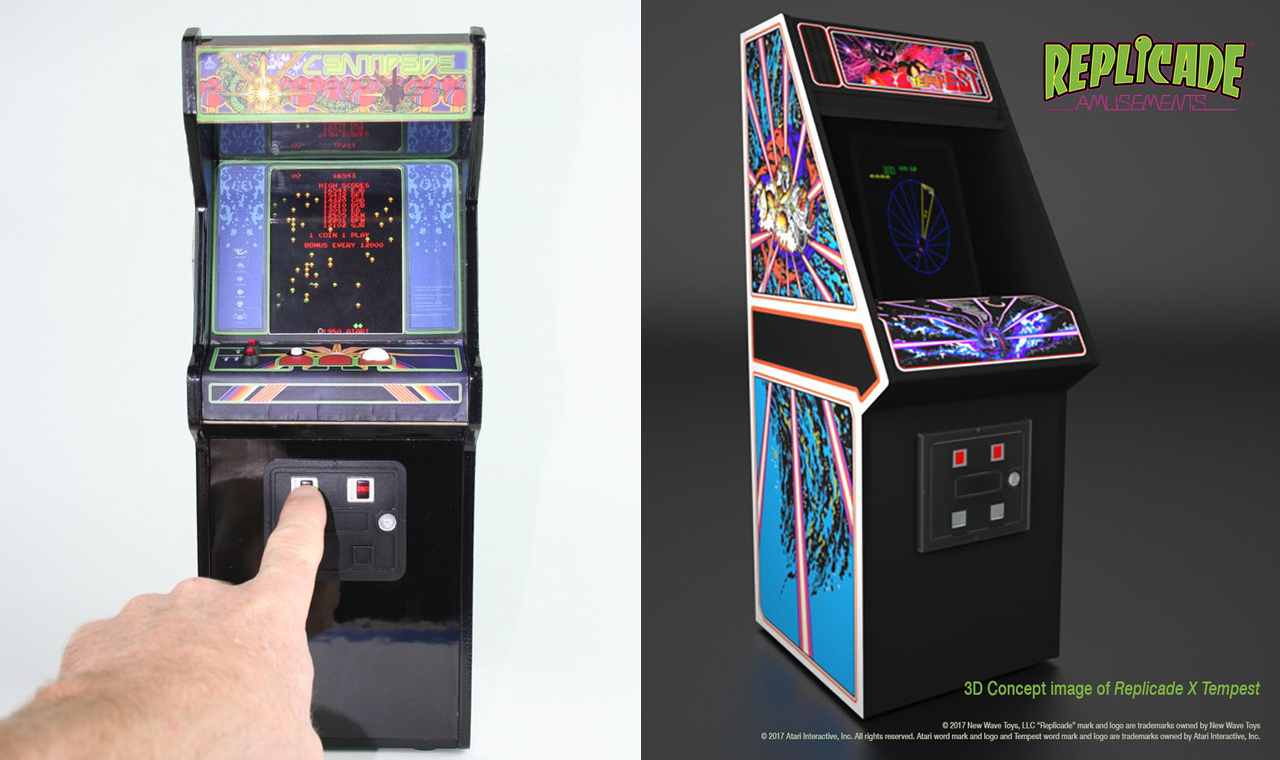 Orders are open on Kickstarter for Centipede

Maybe you’ve always wanted an arcade cabinet but you don’t quite have the budget or room to spare. Or, and bear with me here, because this is about to get real dumb real fast, maybe you’d like to get really good at playing with one hand but the controls are spread too far apart and hand-enlargement science just hasn’t caught up to your aspirations. In any event, a company called New Wave Toys has started a line of fully-functional, 1/6th-scale arcade cabinets licensed by Atari. First up? Centipede. 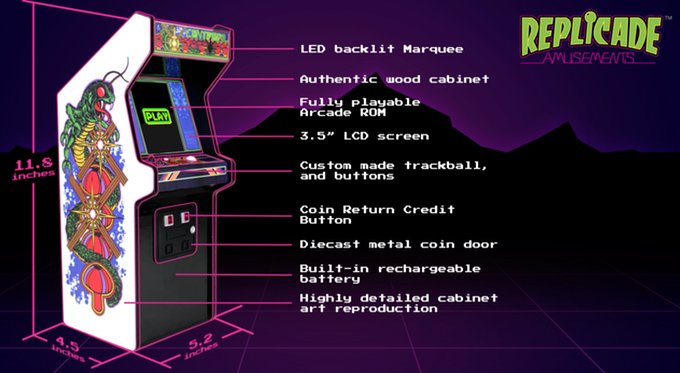 The machines have a 3.5″ LCD screen, LED backlighting for the marquee, a lithium-ion rechargeable battery, and use the “original arcade game ROM.” New Wave is running a Kickstarter campaign with early-bird pledges putting the price as low as $90 for folks who contribute in time, but the final retail pricing will be significantly higher ($160) when the units become available in mid-2018.

If you’re into this general “Honey, I shrunk the arcade cabinets” idea but aren’t the biggest Centipede fan, New Wave Toys announced that its next project will be a mini Tempest cabinet complete with tiny spinner controls. Of the two, that’d be my pick for sure. Centipede Kickstarter backers will get a “generous discount” for the Tempest machine once pre-orders “open later this year.” 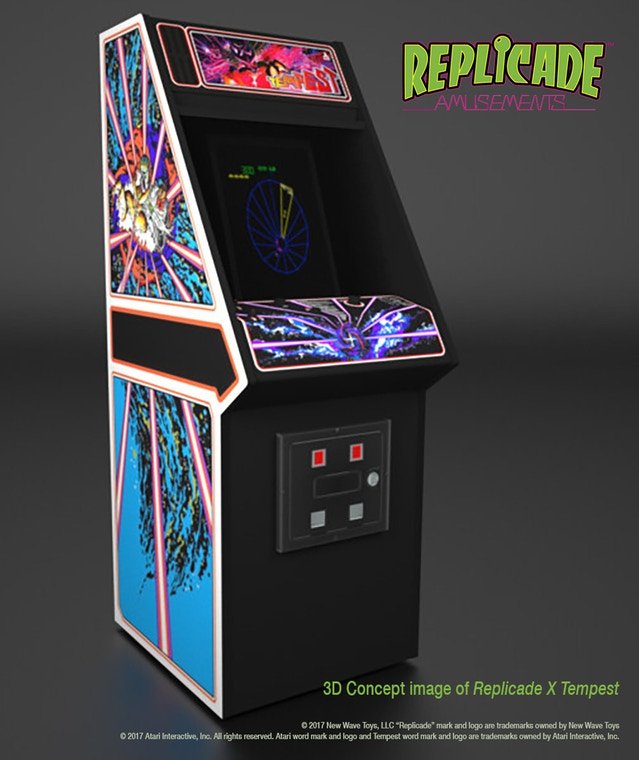 Assuming this pans out longer-term, what other machines would you like to see miniaturized?