We now know that the Mega Man Legacy Collection is coming on August 25, for $14.99 on PC, PS4, and Xbox One (3DS next year). But with the date slowly approaching, more details are coming into view, like this achievement list from Capcom Unity.

Mostly they’re basic completion requirements for all six games (way to ruin the Alien in 2 Capcom!), alongside of challenge “metals” (not medals). Of course, a select few of these might be tough, particularly the “All Robot Rush (No Items)” one, which is worth the most amount of gamerscore outside of the completion of every core title.

It’ll be nice to finally see if these challenges will test the mettle of hardcore Mega Man fans! In case you’re wondering, the trophies are basically condensed, with less rewards for partial metal completion. 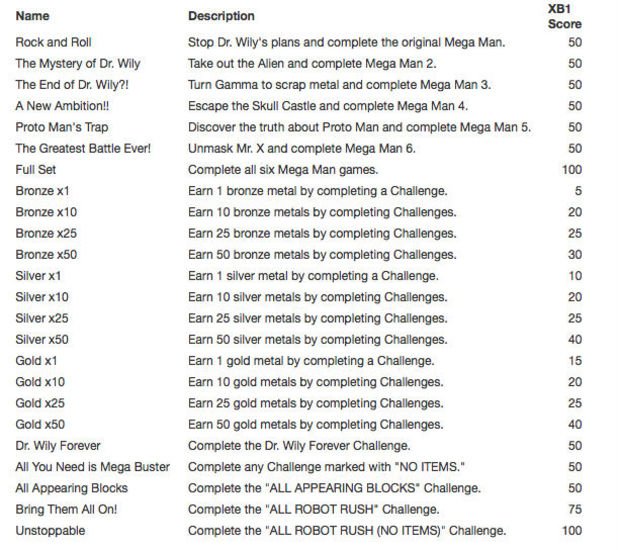