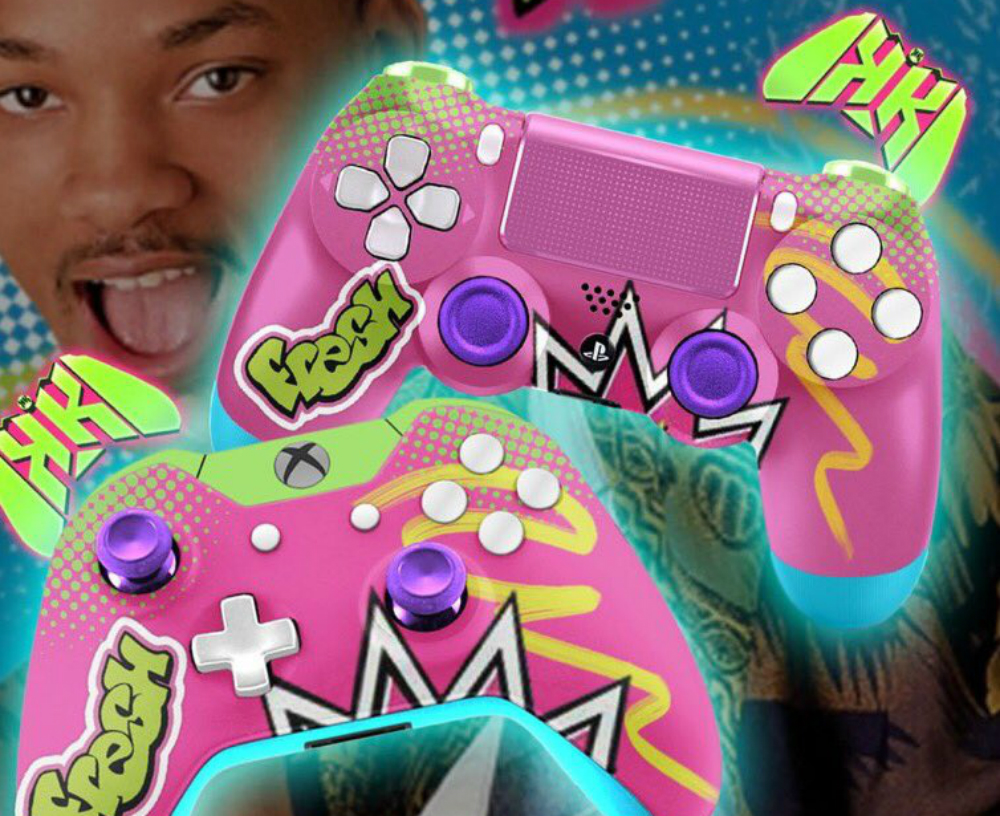 [Update: Kustom looked at their kingdom they were finally there

To confirm their controller, the Prince of Bel-Air.]

Now this is a story all about how

These controllers got flipped-turned upside down

And I’d like to take a minute, just sit right here

In Kustom Kontrollerz born and raised

Chillin’ as a concept it was pretty cool

It was just shootin’ some tweets outside the school

When a couple of hecklers who were up to no good

Starting throwing salt in the neighborhood

It got one dislike and the manufacturer got scared and said “You’re just a concept for now but we’ll ask the Fresh Prince of Bel Air.”

Filed under... #Controllers#Gallery#Hardware#Offbeat#Things gamers do