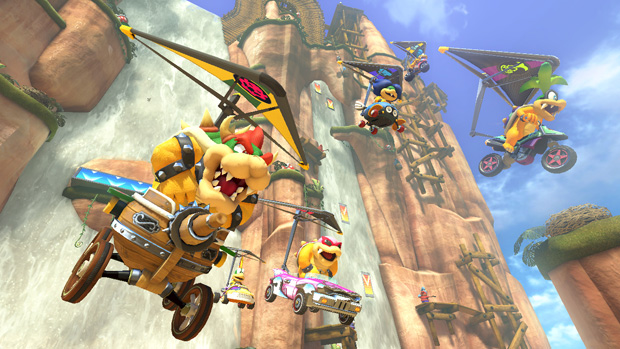 Through a browser exploit, a group has successfully managed to edit Mario Kart 8‘s memory on the fly, allowing, right now, custom Wii U menu fonts, renamed courses, and the alteration of which music plays when. Watch a demonstration in this video by MrBean35000vr.

What’s shown here is only the beginning: “All of this may not look impressive, but it’s merely because we don’t even know where to start; we can do anything now, anything at all! Custom tracks, custom songs, you name it. We just have to decipher the RAM and work out how.”

This has made some people nervous about what the work might lead to. In response to concerns over cheating and the like, the group said “We are about game mods and game mods only. This exploit is in no state to be released and we won’t release it. If and when we do release it we would not release it in a manner that allowed people to do cheating online, piracy, etc.”

Still, that’s not to say someone else couldn’t take the exploit and run with it.