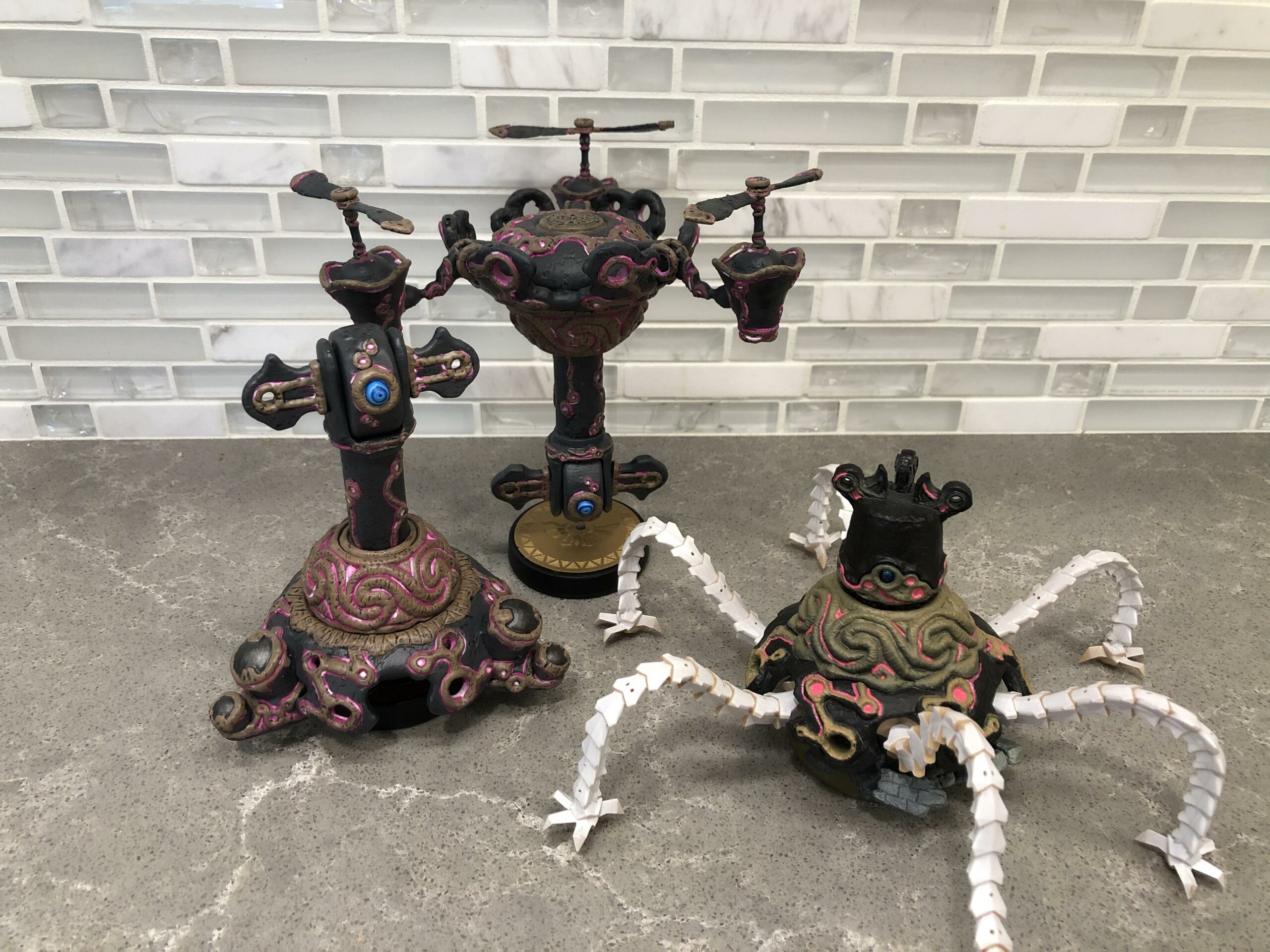 It’s always amazing to witness how much raw talent the Zelda community brings to the table. I see it on a regular basis! But this duo of fan-made Guardian amiibo really stands out in this crowded month of great fan creations.

MarkelangeloStudios says that the figures were 3D-printed and hand-painted: by way of a Photon S SLA printer (which will run you roughly $380 MSRP) and Zbrush.  The bases on the newer Guardians are custom, with little etchings from the Zelda franchise embossed on them. They even went the extra mile and embedded backup NFC chips inside of the fan-creations, based off of the original Guardian style.

MarkelangeloStudios is musing on the idea of crafting tutorial videos: if that ever happens, I’ll try and track them down!