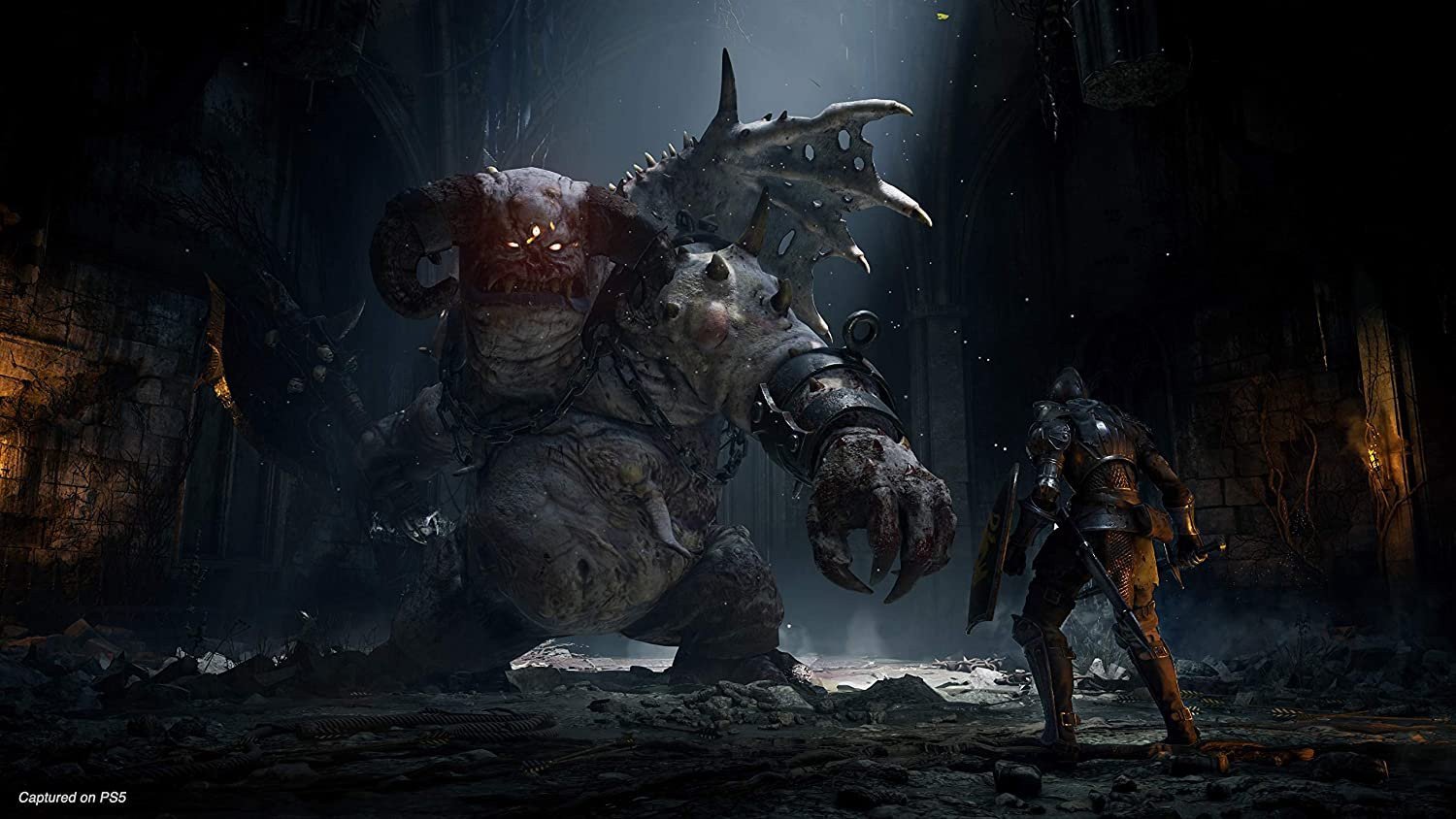 We’re no closer to finding out the release date for Demon’s Souls today, but vigilant fans have flushed out something else worth sharing: a pair of new screenshots for Bluepoint’s PlayStation 5 remake.

One image shows an alternate angle for the Vanguard boss, whose appearance was overhauled for PS5, and the other is a moody environmental shot to help sell the foreboding scale of Boletaria. The screens were spotted on Amazon Australia along with a generic bulleted summary, but the listing was pulled.

There’s also some gnarly placeholder box art to check out. I hope the final version – maybe a special limited edition, or even a simple flip cover – can echo the original PlayStation 3 art for Demon’s Souls.

On the other hand, I kinda love the idea of the Fat Official making the box. Show some dang respect!