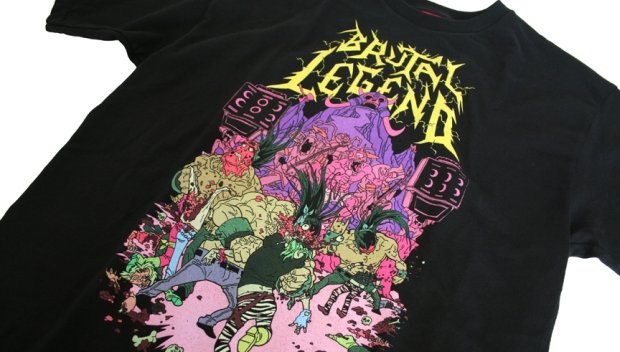 Double Fine and Mishka NYC teamed up to produce two of the most metal f**king shirts you have ever seen in your life. The Headbanger graphic was created by James Callahan and “brings a scene of pure metal aggression to life, creating an epic Stage Battle on your chest.” The Razorgirl shirt was created by Daniel Mumford and “modernizes the epic girl meets monster designs used by so many early heavy metal bands.”

How can you get these epic shirts? You’ll just have to keep an eye out as Double Fine will have multiple opportunities for fans to snag one. Until then, Miska Bloglin is giving away four copies of Brutal Legend (two on Xbox 360, two on PlayStation 3). Just send them an e-mail at [email protected] with either Xbox or PS3 in the subject line and you’ll automatically be entered to win. You have until Friday, November 20 to send an e-mail.