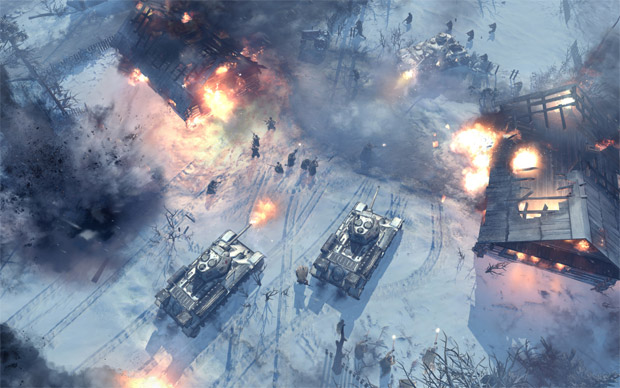 The pre-order incentives for Company of Heroes 2 aren’t out of the ordinary, but the way in which they’re being offered is a bit different than what we’re used to. The base bonuses are beta access once that goes live and vehicle skins for the German Rotbraun and Russian Leningrad. And then there are the tiers.

Essentially, the more people who pre-order on Steam, the better the rewards. Tier 1 is the obligatory Team Fortress 2 gear, tier 2 is a free copy of Warhammer 40,000: Dawn of War II: Retribution, and reaching tier 3 will provide in-game currency, an XP and unit boost, and the Commander Archetype.

In addition to all of that, there’s also a $99.99 Digital Collector’s Edition for Company of Heroes 2 which will include access to the first three single-player content packs as they each become available, the original game and its expansions, and other bonuses. Collectively, we still have a long way to go.