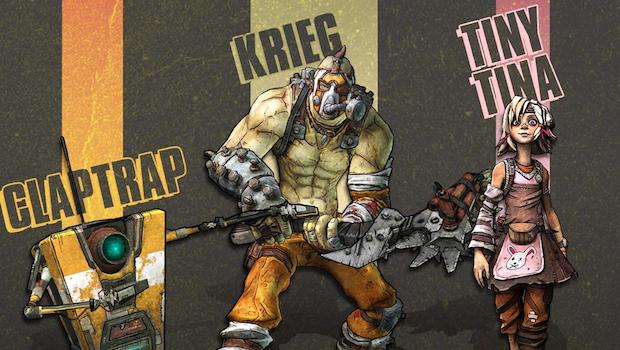 As decided by the fans

Per the official Borderlands Twitter account, Krieg, Claptrap, and Tiny Tina are the series’ most popular characters amongst Borderlands fans. There’s no clear indication which character received the most votes, but I wager Claptrap is a pretty safe bet.

In many ways, this is the biggest story of 2015 for me. The story in Borderlands has never been my thing — too irreverent for my taste — but a lot of people really enjoy the lore and this is a fairly concise insight into what exactly people find so resonant about this franchise.

Anyway, if I had to pick a character from Borderlands to award, it would probably be Dr. Zed. He’s got a solid drawl to him, and I like his attitude! What about you guys, anybody stand out to you?