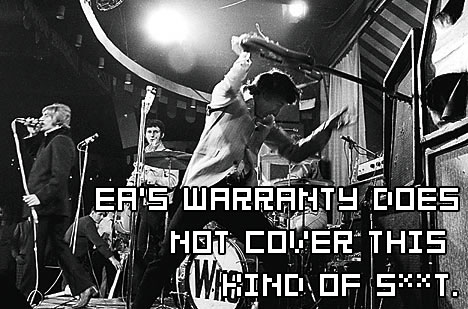 Some musicians snub their noses at Rock Band, shouting, “Play a real instrument,” in the general direction of gamers. The Who’s guitarist, Pete Townshend, is not one of them.

“I’m a fan of Rock Band,” said Townshend. “I play the game with my son and girlfriend and love the way it brings different generations together through music. I like the idea that people of all ages will have fun playing our songs.”

The songs he’s referring to, of course, are the whopping 12 Who songs — handpicked by Townshend and the band’s lead singer, Roger Daltrey — which will be available as downloadable content on July 15 (for Xbox 360, July 17 for PlayStation Network).

Here are the songs in the massive pack, all of which are master tracks or taken from live recordings: