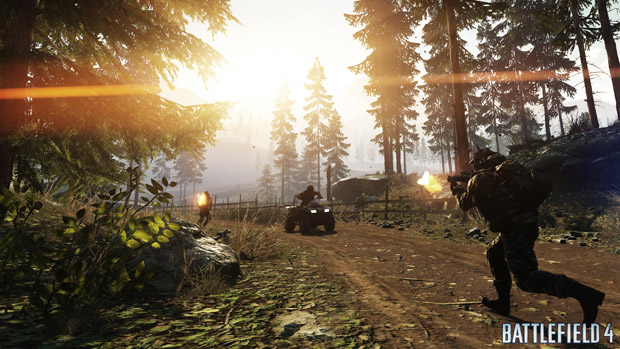 A blinding look at Zavod 311

Battlefield 4 will start off with 10 multiplayer maps, each of which is playable across all seven modes. One of them, Zavod 311, takes place in and around an abandoned Soviet tank factory. It’s playable at the Eurogamer Expo and has an active warhead that can be set off by destroying the factor’s chimney — that’s going to happen literally every time, I’m sure.

I’ll admit, 10 maps doesn’t seem like a whole lot, but I’ve always preferred quality to quantity. And DICE hasn’t frequently disappointed me in that regard. Siege of Shanghai, that map with the skyscrapers we’ve all seen a bunch, will be featured in the upcoming Battlefield 4 beta.