That Only on PlayStation bundle is a banger

Most people do not have the restraint to hold off until the last possible moment to invest in an expiring console. However, those who do will find some absolutely fantastic deals waiting for them.

Sony is heading into its final Black Friday with PlayStation 4 as its flagship video game console. The PlayStation 5 is expected during the Holiday 2020 season, meaning this is the last time all eyes will be trained on PS4. There’s a lot of stuff — from hardware to software to accessories — that are worth paying attention to.

Here’s what Sony has lined up for PS4 hardware and bundles: 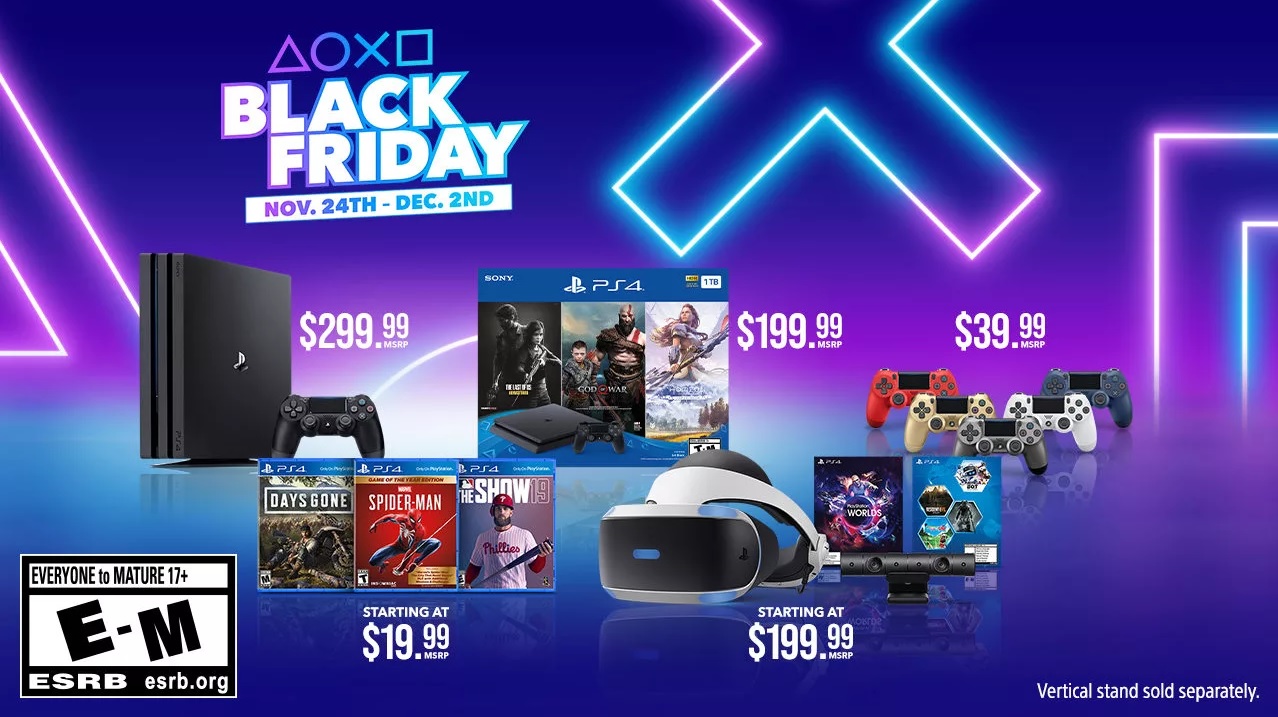 In terms of individual games, Sony’s slashing prices on most every major first-party game that released in 2019. “Most” is italicized because you’re not going to find a discount on Death Stranding. Not yet, anyway. Here are Sony’s deals on 2019 PS4 games, all of them priced at $19.99:

Finally, there are a few other tack-ons — accessories and subscriptions — that might catch your eye:

That’s PlayStation’s broad-reaching deals. Some individual retailers might have different offers, but these are the ones that you should find across the board — both in-store and online. Sony says these deals all run from November 24 through December 2.