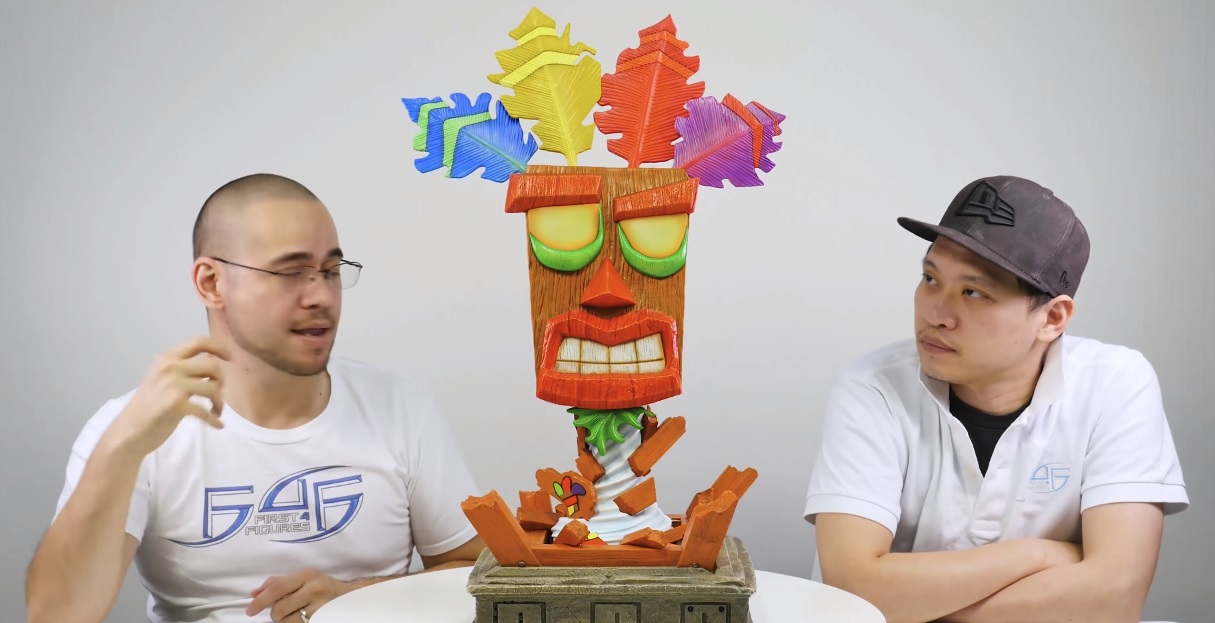 First 4 Figures, master statue creators, are now allowing pre-orders for the aforementioned Aku Aku, which comes in multiple varieties and clocks in at roughly 25 inches tall. You can also go for a golden edition, or an LED edition, all for $385.

If you do plunk down the cash note that the thing isn’t going to even come out until the third quarter of 2018. Given that Sony is probably happy with the sales of the Crash Trilogy on PS4, you’re probably going to be seeing a lot of Crash merch, and potentially a new game announcement, in the next year.

I’m cool with that! Crash deserves a comeback after all of the horrid post-Naughty Dog games. Give us another kart racer that compares to Mario Kart 8 Deluxe and Sonic & All-Stars Racing Transformed.