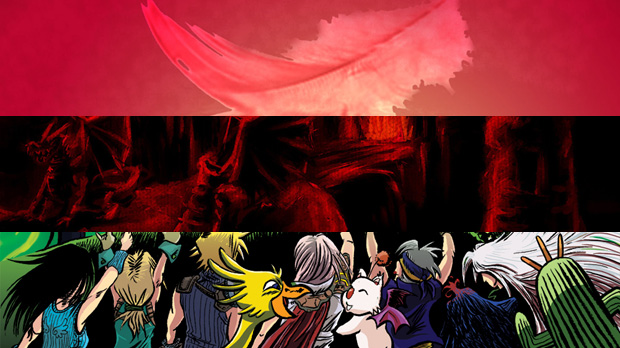 New albums by The World is Square, Those Who Fight, and Knight of the Round

In the span of a couple of months, three very different Final Fantasy cover bands released their first full albums. Is that too much? Well, if you had read the headline of this article, you would already know the answer to that question!

Boston-based Square-Enix tribute band The World Is Square kicked off the festivities on September 3 with No Phoenix Down Can Save You Now. This album is all about acoustic renditions of FF themes from the SNES and PS1 eras. If you want that soothing, folksy sound, you can download the 13-track release for $7.

On October 10, rock opera group Those Who Fight dropped the EP The Fall of Bahamut. It is four tracks (with a secret fifth track) of powerful vocals and deft guitar work. If that’s your jam, it’ll only set you back $5 for either the digital or physical copy.

Finally, Knight of the Round out of Indiana shreds up and down the block with Gaia’s Bane, released on October 11. This is some serious, head-bangin’ thrash metal shizz to get you out of your chair and punching small animals. Want it? The 10-track pack can be yours for $8.

Be sure to listen to the samples below before you make any life-changing decisions.