I can’t praise the original VA-11 HALL-A enough. Charming retro visuals, bopping tunes and lovable characters combined to create a terrific bar-tending experience. Despite the generally terrible circumstances of the cast, it ended up being one of the most chill and laid-back games I’d played in a long time. 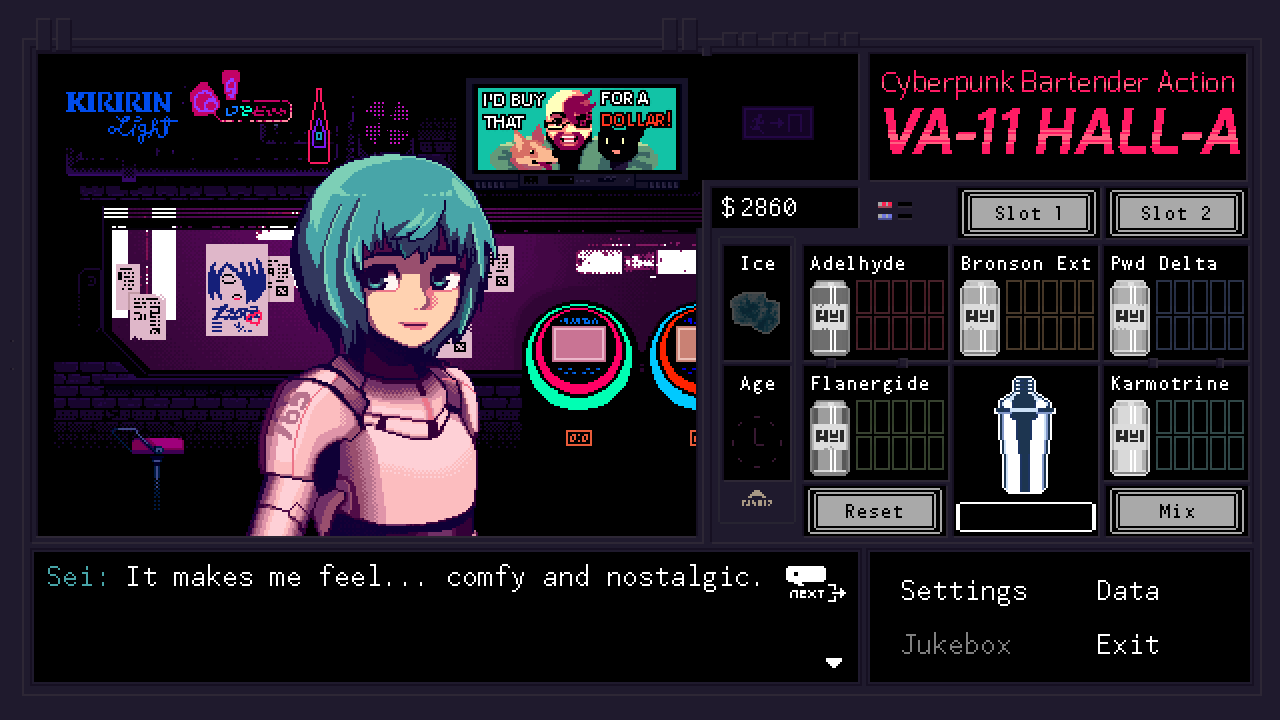 VA-11 Hall-A KIDS, an April Fools joke by the same studio, is obviously not aiming to reach the same caliber as the original game. Gone is the cyberpunk dystopia, replaced with your run-of-the-mill Japanese high school. Gone is the alcohol, replaced with… an even raunchier than usual Dorothy. Huh. 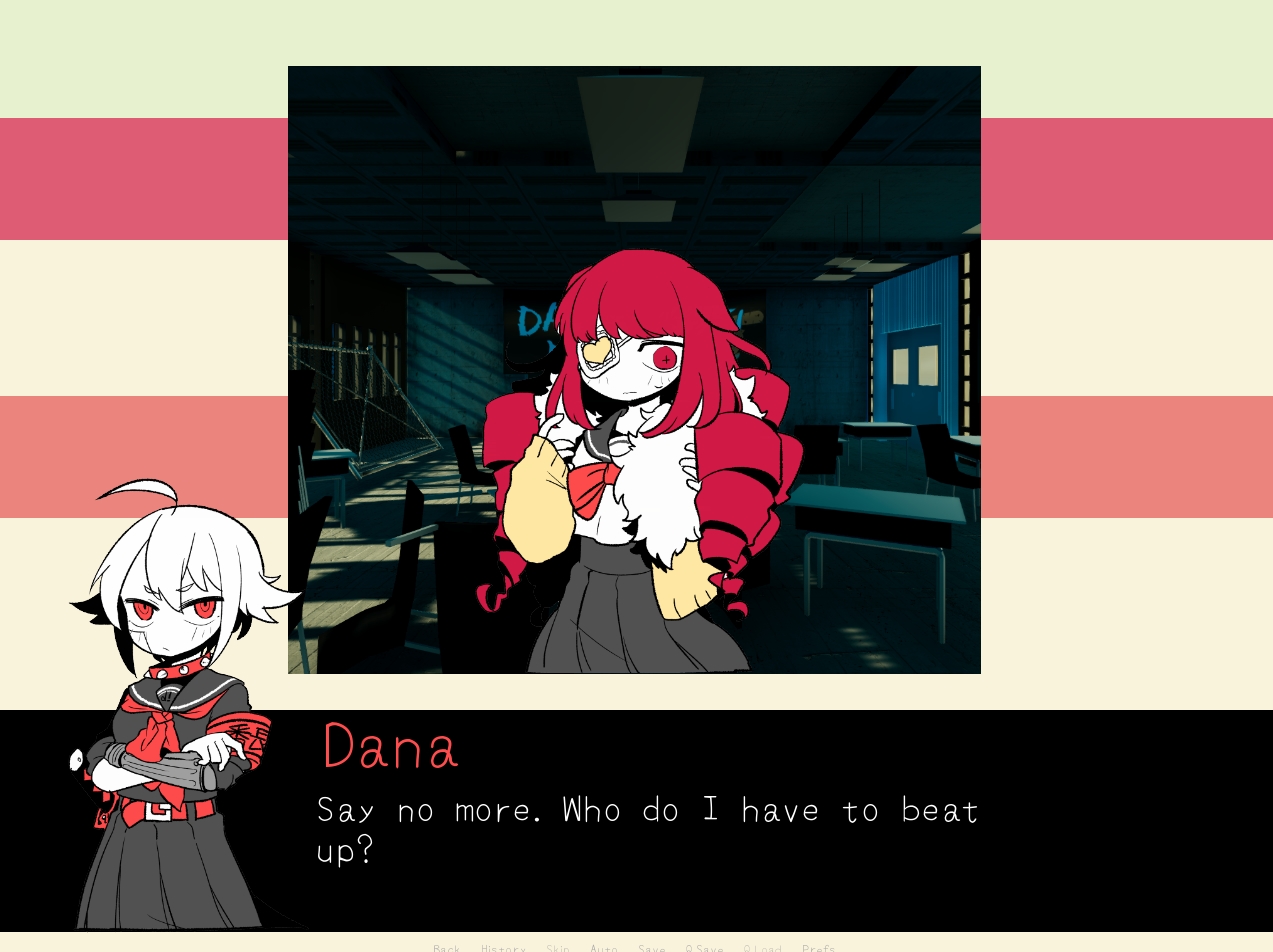 And yet, it’s definitely worth checking for fans of the original game. It’s cute, it’s funny and it’s free. It reminded me of a lot of Newgrounds visual novels I read back in the day. There’s more to this game, of course. A little secret bundled with the game files.

Inside the game folder, there’s a compressed file named anna has the key.zip. Inside, the video file up in smoke.mp4. To unlock it, you need to use a simple password.

Can’t say I agree with the password, but I can definitely agree with what it protects. If you don’t want the contents to be spoiled, jump straight to the comment section. 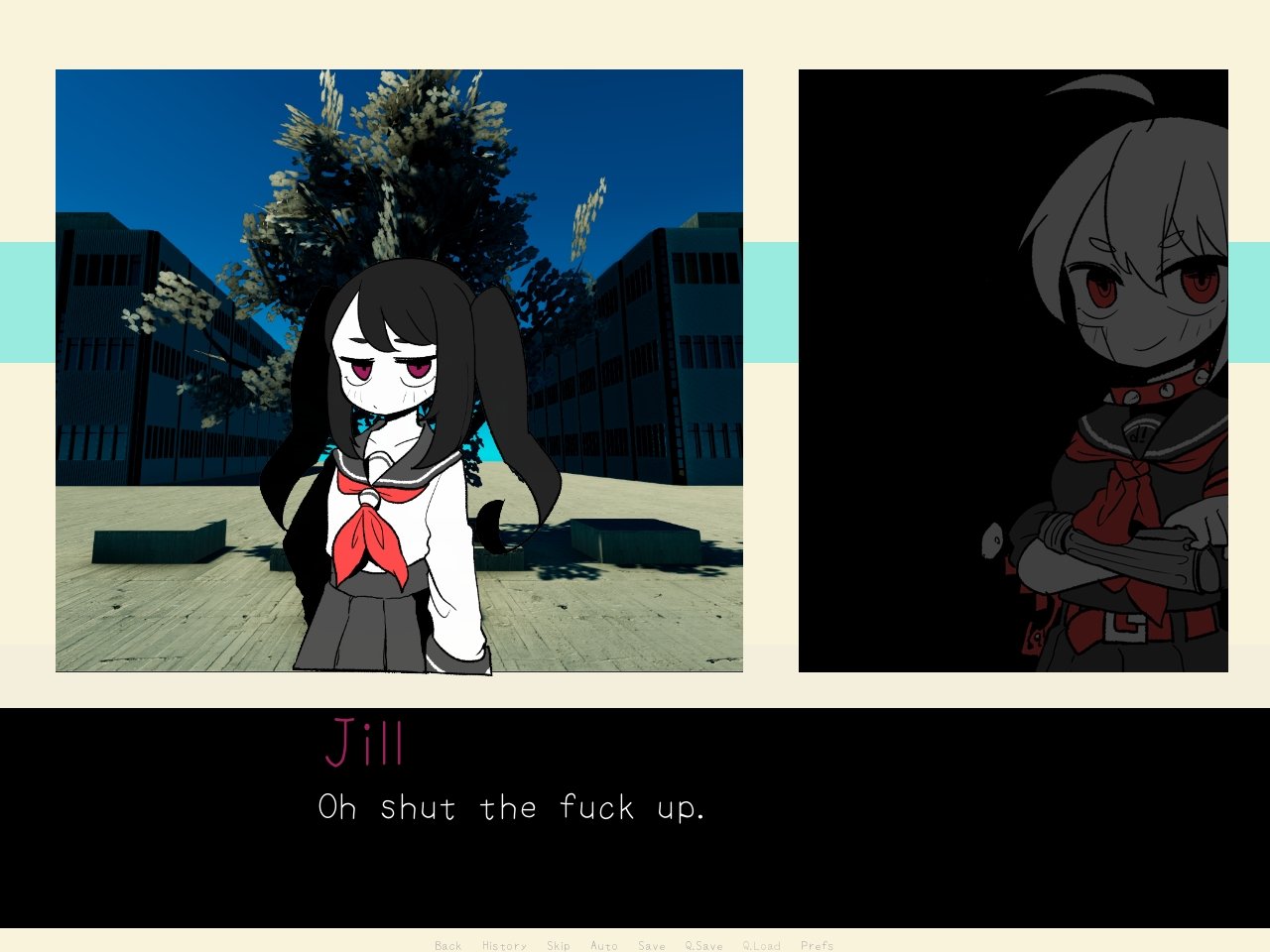 It’s a teaser for Sukeban Games’ next project. The retro aesthetics continue, but there’s a very interesting jump in console generations this time around. It’s a very short sneak peak, but if you’re anything like me… The little that’s here will excite you a lot.