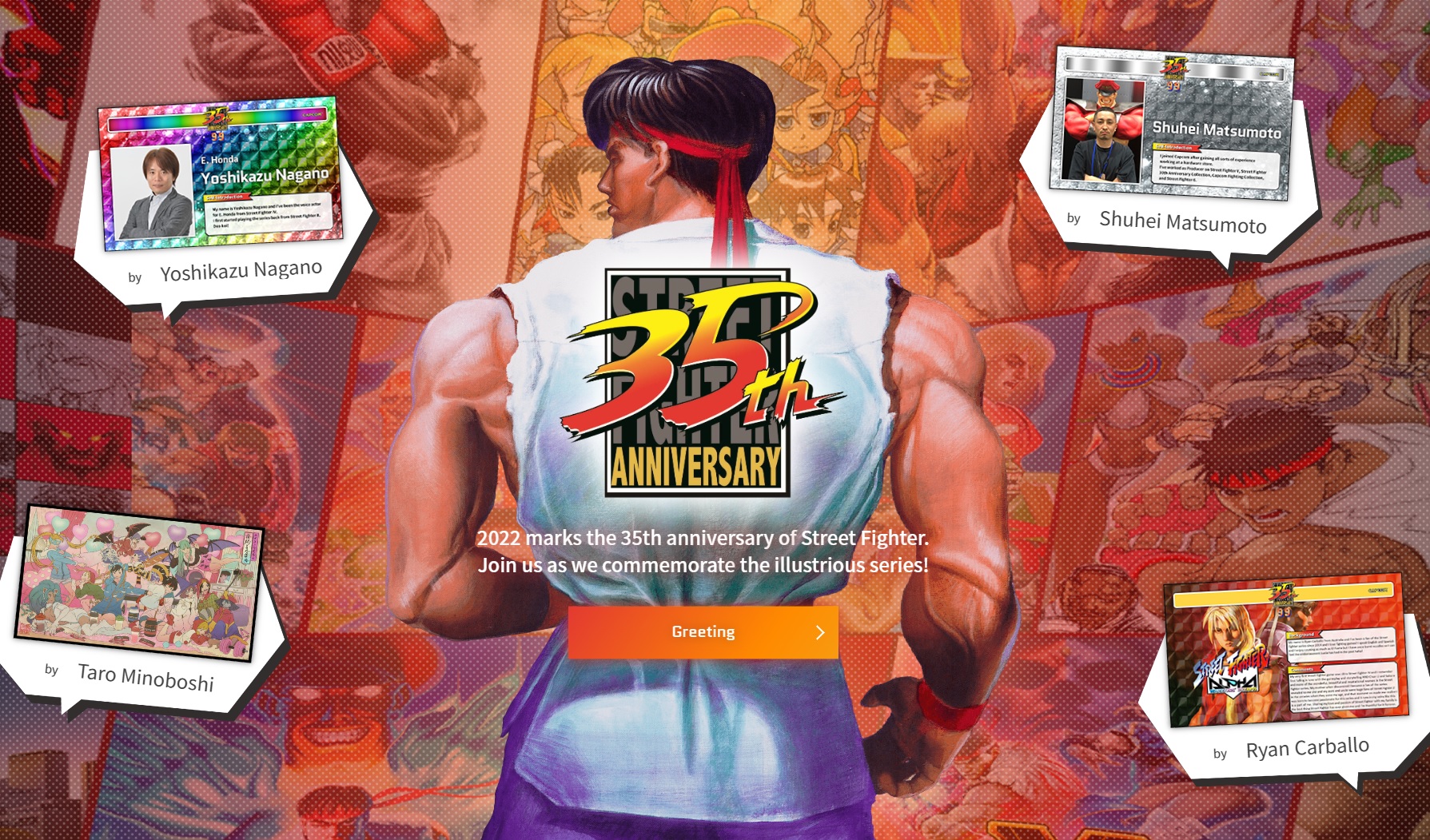 The Street Fighter 35th anniversary is upon us, and to celebrate, Capcom has launched a new English-language website ahead of the arrival of Street Fighter 6.

Here’s the rundown from Capcom:

“Since the debut of the original Street Fighter all the way back in 1987, countless players have played the games. Nowadays, the series has expanded beyond just the games, we’ve also released movies, merchandise, run eSports events, and done numerous collaborations to reach a wider audience. Seeing people from all kinds of backgrounds interacting with the series in its various forms has been a momentous driving force in keeping us going as we work towards its future.”

Right now, the main purpose of the site is sharing stories, via a social system of sorts. Capcom is collecting “comment cards,” which are like little information squares with someone’s name (or alias), an avatar, and a little blurb about themselves and their favorite aspects of the Street Fighter series. Current and former Capcom employees, including Shuhei Matsumoto and Hideaki Itsuno, have contributed.

The other functionality of the site includes a history lesson page, dating back to the original Street Fighter game in 1987, through 2023’s Street Fighter 6. While you can’t click each game to get a full breakdown, select entries do have a separate pop-up page, including Street Fighter 1, 2, Alpha, 3, 4, 5, and 6.

The Street Fighter 35th anniversary landing is a cute little page, and no doubt is helping in terms of easing the wait for the next iteration. After cruising through a lot of these games, I can’t help but want to play them again.