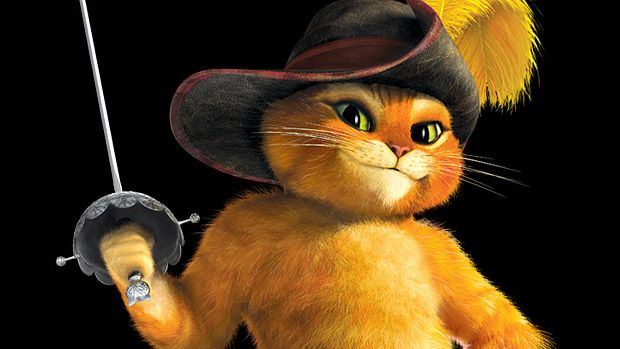 Some of you may not know that they’re making a Puss in Boots movie, and a coinciding video game will release alongside it. THQ has announced that they’re working on the licensed title, and it will be a motion-controlled title. That means we’ll be seeing it hit the 360 using Kinect, the PS3 with Move, as well as versions for the Wii and DS.

Key features are going to include being able to wiggle around to escape enemies with the Kinect version, dance battle mini-games on the DS, or swashbuckling sword fights via Move. That last one actually sounds decent, but the rest of the features are thoroughly silly. Puss in Boots will release at the same time as the film.