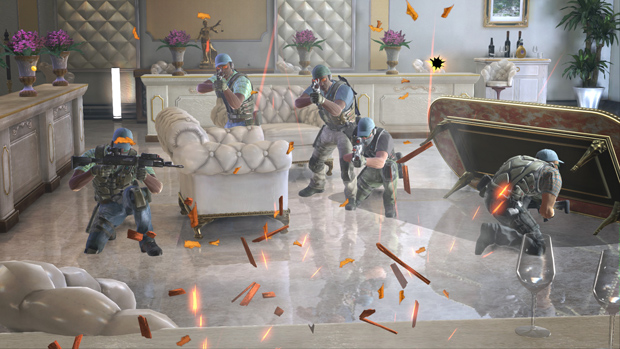 Headed to Japanese arcades in March 2015

I would always go for House of the Dead above all other light-gun arcade games, but if I had any quarters left, I’d often put them toward Time Crisis; usually enough for a single round, which would come to an end with impressive speed. While it’s been quite a while since I’ve last played one of these games, it’s comforting to hear Namco hasn’t stopped producing them.

The next installment — we’re on Time Crisis 5, now — will appear in Japanese arcades this March. The game features a second action pedal players can use to flank enemies as well as a button on the side of the light gun to swap between weapons. It’s not like we play Time Crisis for innovation.

If this comes to the West, I’d be interested. It’s been too long.

The guy with the tattoos — I must know his story. Also, while reading up on the series to refresh my memory, I came across this image for Time Crisis II that can’t go unshared: