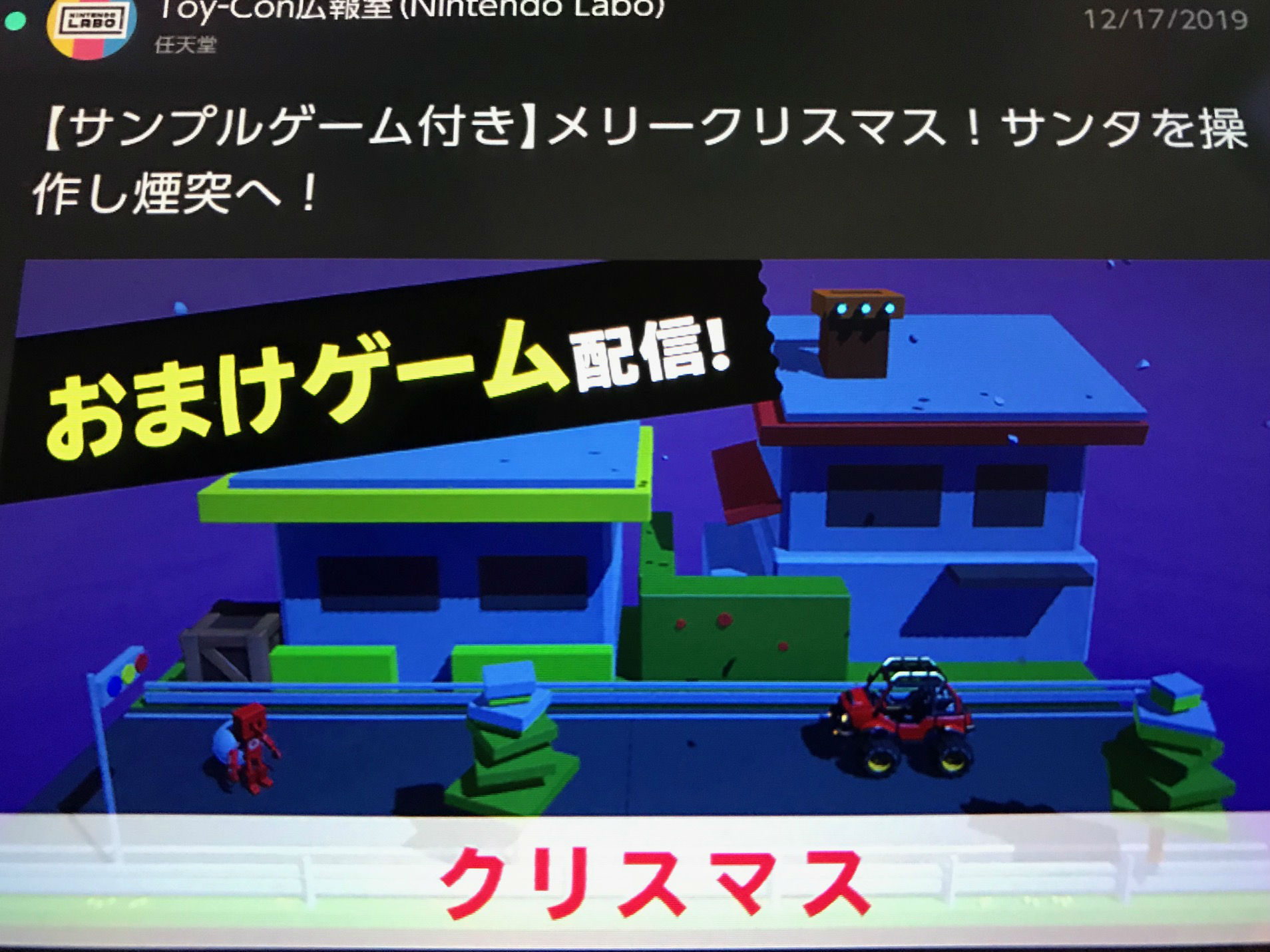 While I’m sure everyone with kids is letting out a collective “yes” chant right now, a lot of folks still don’t know what it is: or it completely passed them by after the initial furor and they forgot about it. As someone who’s in the middle of the road on Labo (it’s fun to assemble with the right family member or friend, but the longevity is often lacking), I won’t turn down free stuff.

Nintendo has been steadily adding free minigames to the Labo ecosystem for months now, and there’s a new kid on the block. Found by way of the Japanese News Channel app on the Switch (thanks Jeff!), you can head right into the listing and download it: so long as your Labo VR cartridge is in. It’s basically a Santa platforming simulator on rooftops, and a cute, albeit brief distraction.

If you don’t have the Japanese News Channel yet, make a free Japan-region Switch account and it’ll appear in your feed along with your home region. Easy! It should also roll out to other countries throughout the week.