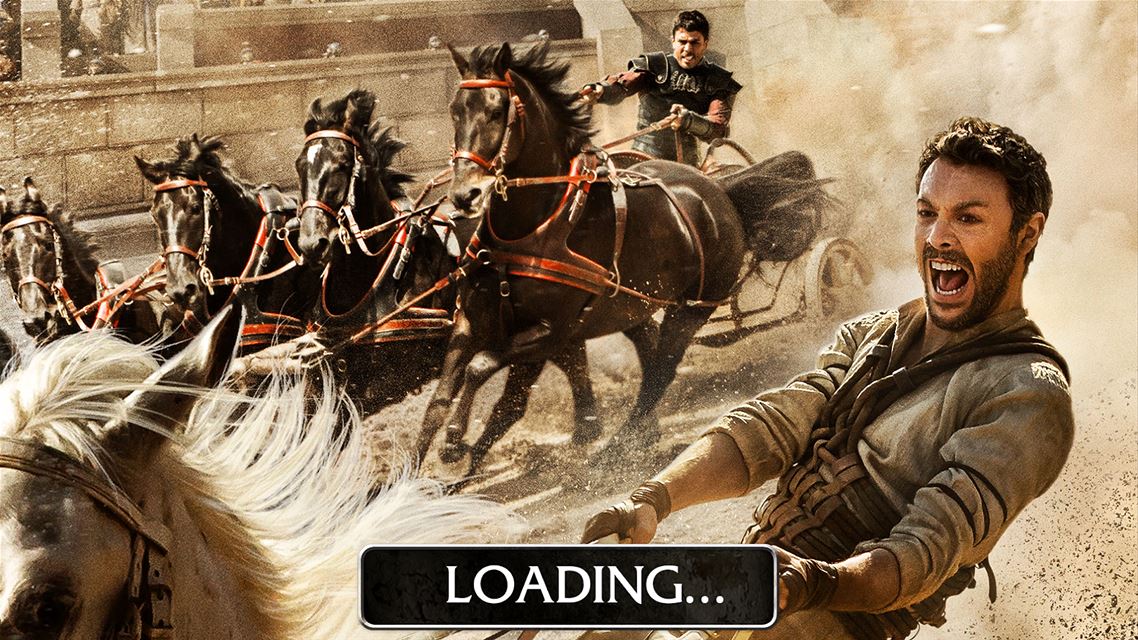 That’s the sound of me, Judah Ben-Hur, spurring my horses because I am a Bad Horse Man. All those other horses? Not white like mine — an obvious indication that we’re good and they’re bad. I whip them hoping to kill them. I ram them hoping, also, to kill them.

This is Ben-Hur, a free video game on Xbox One. It focuses very narrowly on the signature chariot races. I wish instead to be in the leper colony. Not the one from the movie — a real life one where I don’t have to play this game.

The video I captured tells you all you need to know about Ben-Hur. It’s a shoddy movie tie-in that’s technically functional but in no way good. The entirety of the game takes place over three chariot races. You win one and then you move onto the next. This is what the game calls a “season.” The races are slightly different from one another but really hardly at all.

There is so little to say about Ben-Hur because there is so little to Ben-Hur. But, it’s tougher than I thought it’d be and I found myself dying often. Each of those was a little reward, as Ben-Hur pauses in the chariot for a moment before being stiltedly hurdled forward to the ground. Then he just planks until the game reloads.

The upside is that it’s free. That’s the only upside, really. You can download it hur if you want. Just don’t expect three and a half hours of entertainm–actually, I remember the 1959 film being pretty boring too. Expect exactly that.