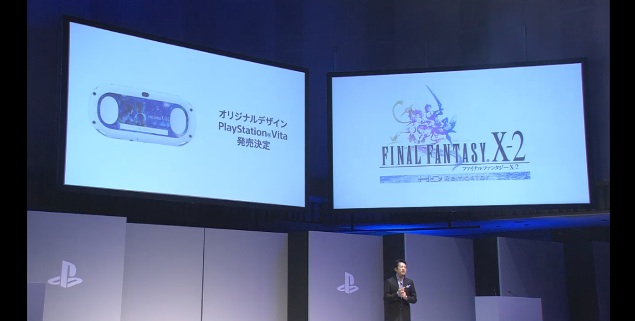 But that’s all we know

At this morning’s pre-TGS Sony press conference, a special package for the HD re-release of Final Fantasy X and X-2 will be released in Japan at some point. Not much was said about it, but if you squint you can see the back of the Vita system that will presumably come in this bundle.

That’s really all we know for now. A launch date announcement was teased? Super vague.