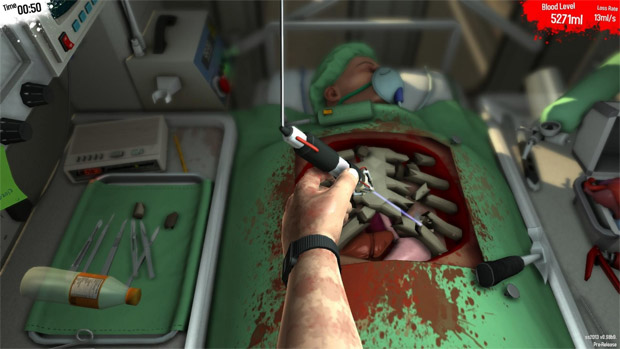 One of the year’s great delights among the game-jam scene, Surgeon Simulator 2013 has found its way onto Steam with a proper release following its approval via Steam Greenlight. Horrible, gore-filled, strangely hilarious dreams can come true. It’s $6.99 right now for Windows/Mac/Linux thanks to promo-week pricing.

Building on the prototype game, the full version (which is what’s being sold on Steam) has extra operations and environments for would-be surgeons to wreak havoc in. Brain transplants can only end one way: badly. On top of Surgeon Sim being entertaining in and of itself, I have to commend Bossa Studios for taking such an out-there idea and running wild with it.