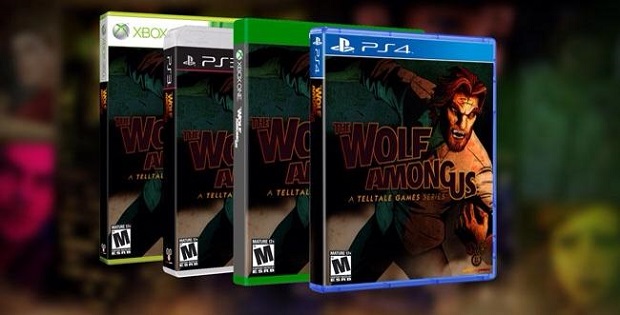 You’d be pretty hard-pressed to find many that don’t like Telltale Games’ The Wolf Among Us. In fact, one of the most often expressed complaints about it is that people don’t like having to wait for the next episode to release. They need to know what happens next.

For those with the self-restraint to hold off until everything’s finished, it looks as if there will be a tidy physical copy they can pick up if they’d like. Telltale tweeted a picture of some box art and confirmed that Xbox 360, Xbox One, PS3, and PS4 versions will be coming to retail eventually, although no release dates were mentioned.

Telltale also didn’t allude to a price for the packaged episodic content. However, all retail versions of The Walking Dead have run $30 when first released. There was also a collector’s edition of Season One, so don’t rule something like that out.