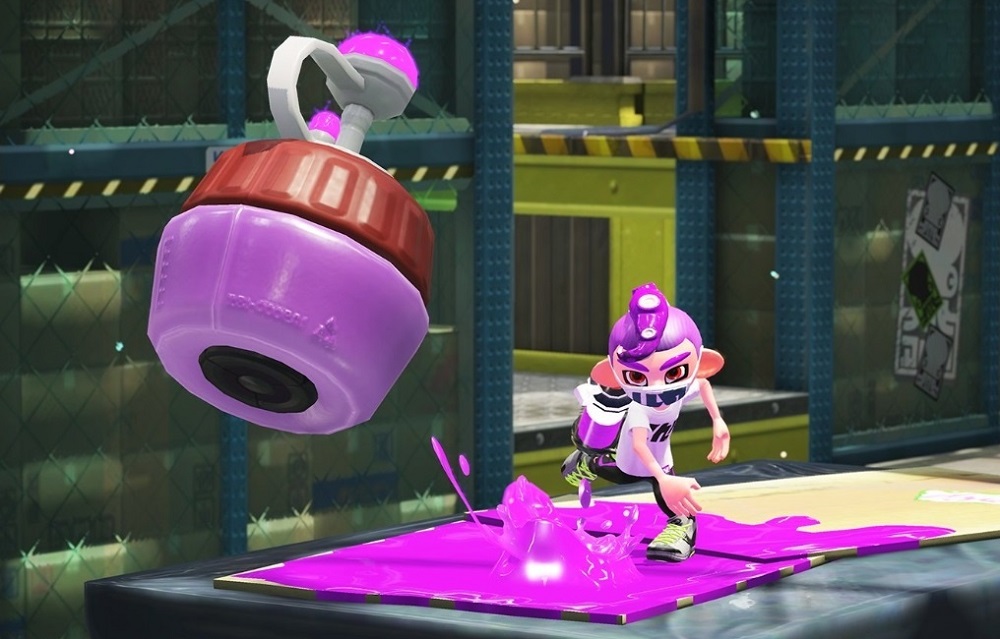 The stickiest of sticky bombs

Yesterday, we showed you the fantastically comical Ultra Stamp, which is heading to the arsenal of Nintendo’s arena-shooter Splatoon 2 next week. But that’s not the only piece of devastating new tech the multiplayer title has to offer…

Coming alongside the Ultra Stamp is the all-new Torpedo Sub, which will be included in certain weapon loadouts. Provided a player is charged with plenty of ink, they can hurl this grenade-type weapon, which will then adopt an antennae and seek out the nearest opponent, homing-missile style. Yikes!

The Torpedo Sub will explode upon impact with a hapless Squid Kid, and even send out shrapnel damage to any enemy team members who happen to be standing to close to the point of impact. The weapon can be shot out of the skies, should you be quick enough to see it incoming, so look fast.

The Torpedo Sub and the Ultra Stamp will both arrive in-game as part of the November 7 update. Splatoon 2 is available now on Nintendo Switch.

A new sub weapon called the Torpedo is coming to #Splatoon2! When thrown, it changes shape and homes in on a nearby enemy, exploding on impact and splatting ink everywhere! Fortunately, Torpedoes thrown by opponents can be shot down with your own attack. pic.twitter.com/NTtzBkNUWG