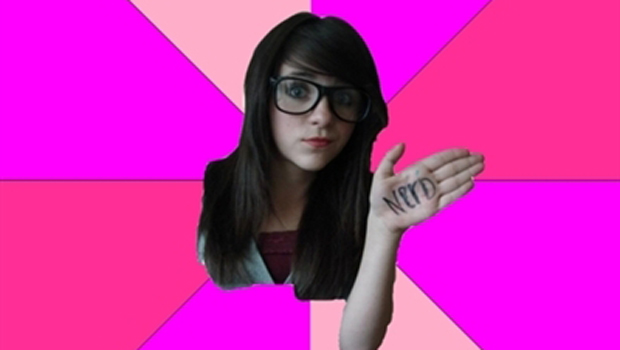 Game developer and Sup, Holmes guest Zoe Quinn has a new quiz game out, and it may be relevant to your interests. As someone who thinks that the concept of “gamer cred” is awful, and the idea that we have to separate the “hardcore” from the “casual” is some of the worst stuff going in videogame culture, my ears perked right up when I heard about the project. It’s effects on certain corners of the internet have been equally interesting, but I’ll leave you to discover them on your own. I’ve probably said too much already.

Check it out here, then read Zoe’s comments on the project below.

I made Fake Nerd Girl Detector in about half an hour as a direct response to a poorly done article about determining if your girlfriend is a “fake nerd” or not. I’ve heard of this notion before, that somehow girls who play games are just doing it for attention, or don’t play the “right” games and thus don’t belong with the rest of us, and I feel like that’s a ridiculous concept. Games are awesome, and the more people who are involved with them the better. Trying to make women feel like they don’t belong, and judging them harshly just because they’re a girl is incredibly messed up, so instead of just complaining about it I made a snarky game.