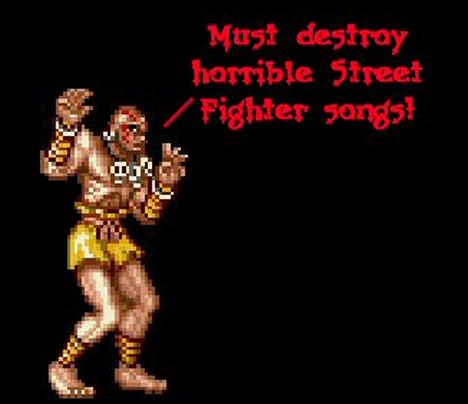 The Man Factory, an indie rock band from Texas has been working on an album full of songs based on Street Fighter II called Street Fighter: A Tale of Combat Glory.

The band tends to mix pop culture references and sound clips into their music. I personally liked their song, Amigos which pays tribute to the movie, The Three Amigos and their song, Maximum Carnage which is about a guy wishes he hadn’t died because he misses his video games.

Check out their band website for more of their songs or become their friend on My Space .