[LaTerry thinks back on what Dragon Quest used to be and how it’s grown to be one of his most enduring favorites. It doesn’t generate as much buzz in the West as Final Fantasy but damn is it not just a stalwart franchise of JRPGs. Want to see yourself up here? Try your hand at this month’s bloggers wanted prompt, special little places! ~Strider]

It should come as no surprise to anyone reading that I kind of like dragons a bit. Just a little. It’s a mild obsession that I have. I’m not sure which came first, my love for dragons, or my love for Dragon Quest. The two seem to feed off of each other in an upward spiral. I love the Dragon Quest series; it is my favorite group of video games out there.

I was first exposed to Dragon Quest as a younger child playing ROMs on my computer that my brother would download. He downloaded everything he could find onto this SNES ROM player that he found, and I thought it was the greatest thing ever. As I was looking through the ROMs, I saw a couple of games with a dragon in the title and naturally gravitated to those. I started playing Dragon Quest 5, not realizing that this game hadn’t come out in America and that I was playing a fan translation. I loved everything about it, but I was a dumb kid who wasn’t very good at it. Since it was a ROM and it had save states, I remember saving in front of a boss and fighting it over and over again because I kept losing. I found out when the game finally came to America through the DS remake that this particular boss was a scripted fight that you are supposed to lose. I probably shouldn’t have been so quick to load my save states back then.

After this, I didn’t really hear anything else about Dragon Quest for a long time. It had mostly disappeared from America, and even when it did come stateside I was mostly unaware. I was a huge fan of Final Fantasy, however, and I never missed a game, mostly because my older brother always bought them. When Dragon Quest VIII was first released in America, it came with a demo for Final Fantasy XII, and my brother was a big enough Final Fantasy fan to buy Dragon Quest VIII just for that demo. By this time, by brother had moved out, so I didn’t realize that he had bought the game until a few years later when he was going over his old games, looking for games to sell. He came to me and asked if I wanted his copy of Dragon Quest VIII since he didn’t care for it much. My memories of playing a Dragon Quest ROM as a child came back to my mind and I immediately said yes. 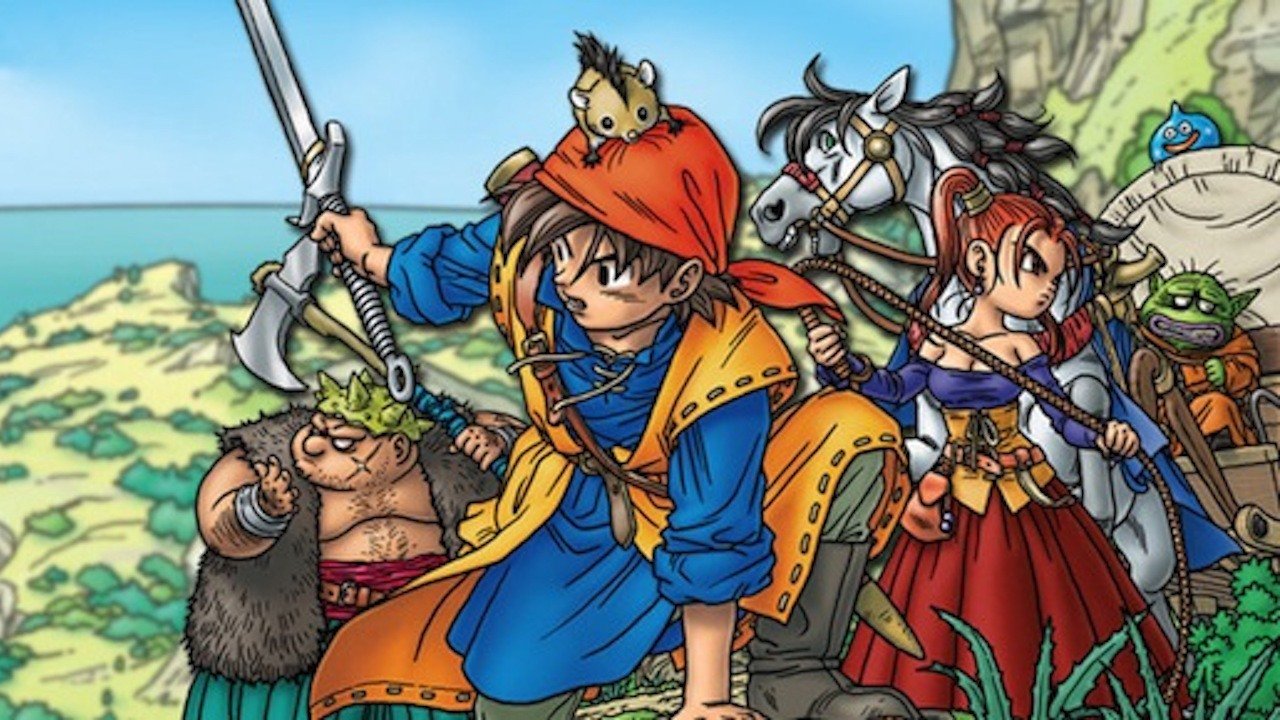 Dragon Quest VIII completely amazed me. It was incredibly colorful and the characters looked like they belonged in Dragon Ball Z (mostly because they share a character designer in Akira Toriyama). The battles had a super old-school feel that took me back to playing RPGs as a kid. It had British voice acting! Everything about it was wonderful. I played that game at every waking opportunity and had beaten it before long, and then discovered later that there was a secret ending and went back to get that. I still wasn’t satisfied, so I played it again with different builds for each of my characters. It became my favorite game ever (topping Final Fantasy IX) and my nostalgia for it has stopped it from being toppled.

I would be remiss to talk about Dragon Quest VIII without talking about the dragons that are involved. In order to do so, I must spoil some things though so…

***SPOILER WARNING FOR DRAGON QUEST VIII! IF YOU ARE PLANNING ON PLAYING IT AND CARE ABOUT SPOILERS, SKIP AHEAD AND AVOID THIS SECTION!***

I can only assume that the people reading have either beaten the game or don’t care. Anyway, for most of the game, I didn’t understand why this was a Dragon Quest. There weren’t many dragons involved, at all. There were some dragon enemies, but they were common enemies, not bosses. Where were the dragons? Why was this called Dragon Quest if I wasn’t on some sort of quest to either slay a dragon or save a dragon? There wasn’t a satisfying answer to this question until I beat the game and then went for the secret ending.

Basically, to get the secret ending, you have to complete a bonus dungeon after seeing the normal ending. Upon reaching a certain point in the dungeon, the mouse creature that the silent protagonist has had with him the whole game jumps out of the protagonist’s pocket and transforms into his human form. 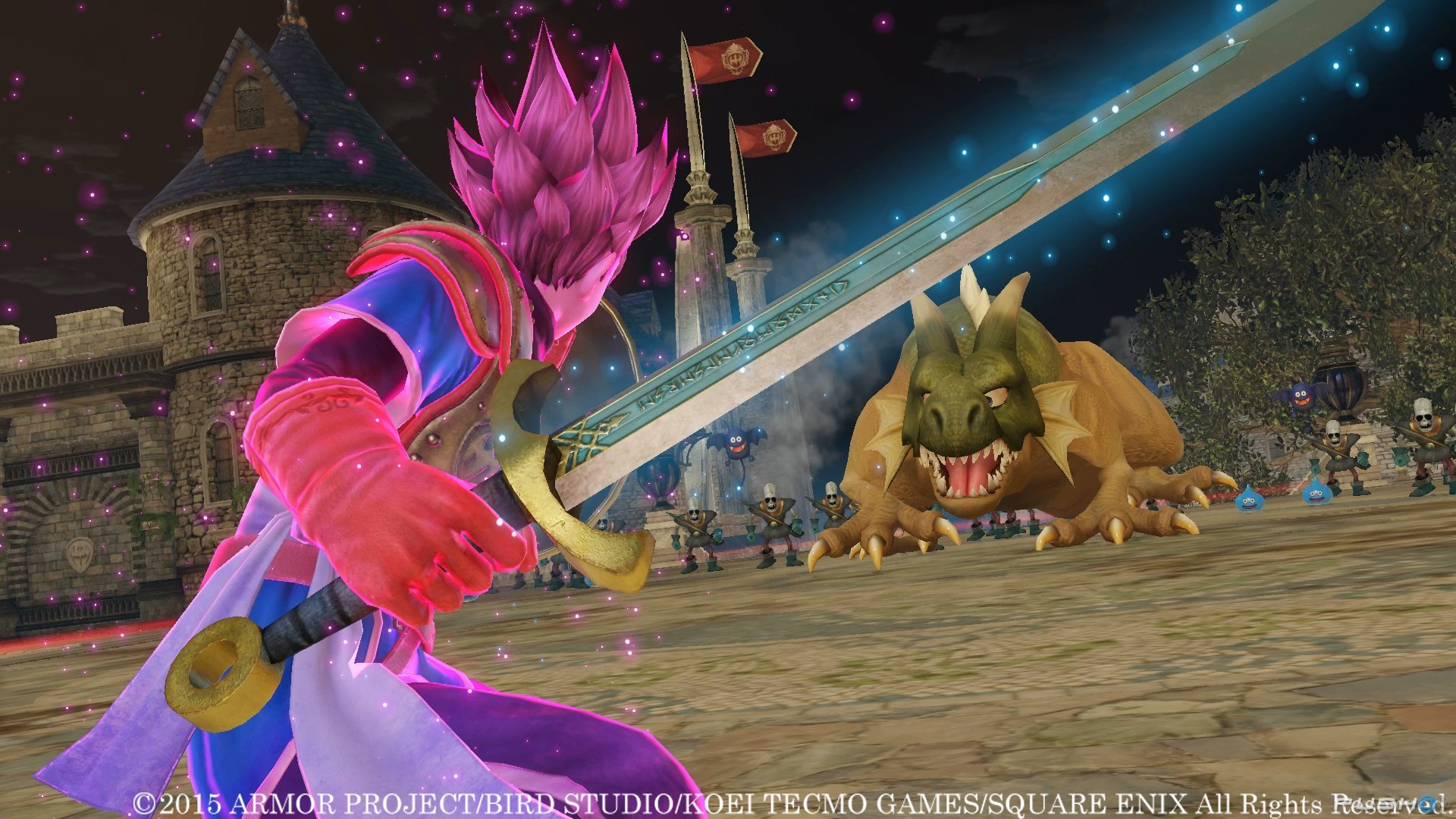 Surprise! He’s the protag’s grandpa and has been watching over him the whole time. Also, he’s a dragon, or a dragovian, a dragon that can transform into several different forms, like human and mouse. I was stunned. My grandpa in the game is a dragon? Then does that mean…? Yes, it does, the main character was a dragon the whole time! Well, a half dragon. His mother was a dragovian, and his father a human prince. Throughout the game, enemies would cast spells on the party to inflict bad statuses, but they often wouldn’t work on the main character. This happened both in battle and in cutscenes. This was never explained until the bonus dungeon, where you learn that the Hero’s dragon blood gives him a magical resistance to curses.

Everything that the game had left me wanting for, namely dragons and an explanation for why the hero had plot armor, was answered in this bonus dungeon. I cannot convey how excited it made me when I learned this about my main character. I had been playing as a dragon the whole time! The more I thought about it the more I loved it.

After Dragon Quest VIII, Square Enix started remaking the older games for the DS, and I loved it. Dragon Quest IX was released in the midst of the remakes. After that came the second great dearth of Dragon Quest in the West, a dearth that we are only just recovering from. From 2011, when Dragon Quest VI was released, to 2015, with the spinoff Dragon Quest Heroes, we had nothing and almost no hope. Games were releasing like crazy in Japan, but we got nothing here. 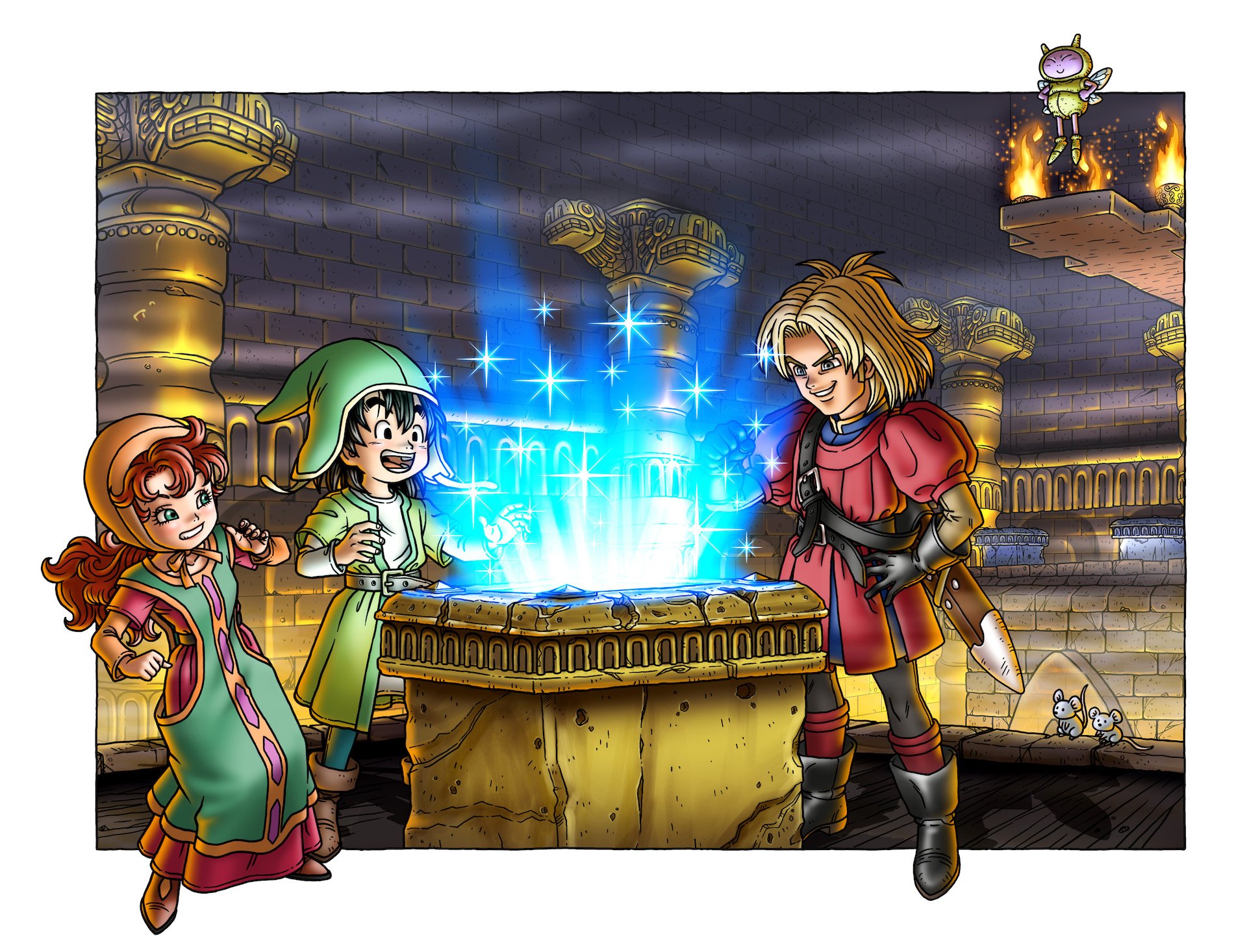 It almost seemed like Square Enix is overcompensating for the drought though, as we got two games in two months (VII in August, Builders in October) and we are getting a VIII remake on the 3DS in January. I could not be happier about this news, my favorite series ever is finally coming back. We’re also right back at where I really started with the series, Dragon Quest VIII. My favorite game is being remade on the 3DS with new story content and other gameplay updates and I cannot wait to experience it again.