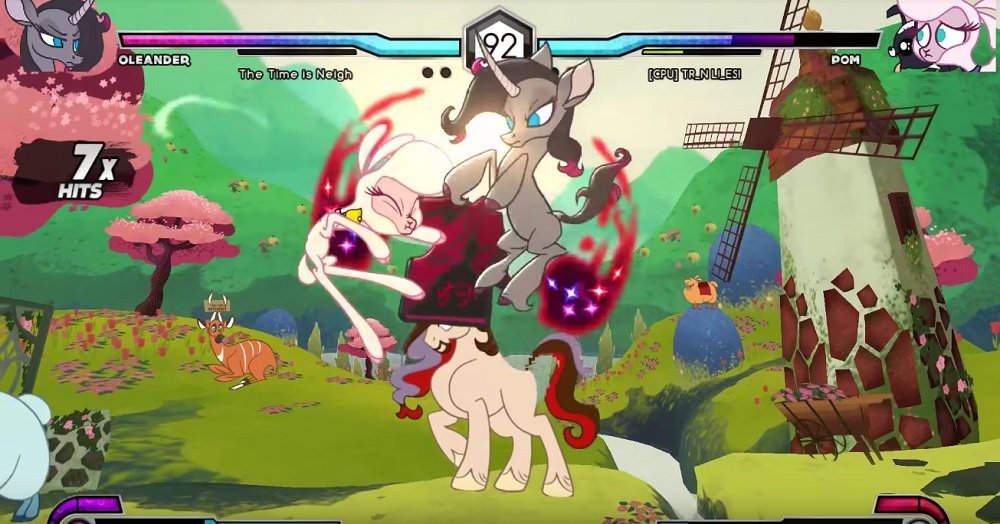 No Pinkie Pie Party Cannon though

After a lot of work and some legal wranglin’, Mane 6’s lawsuit-dodging hoof-fest Them’s Fightin’ Herds is almost ready for release, launching on PC later this month.

Originally starting out as a one-on-one fighter based on the super-popular My Little Pony: Friendship is Magic television series, the project quickly, and inevitably, found itself staring down the barrel of a cease-and-desist by Hasbro. Undaunted, Mane 6 (itself a FiM reference) swapped out Rainbow Dash, Princess Luna, et al for a selection of original four-legged superstars and continued to work on the title, even bringing on board FiM mastermind Lauren Faust.

The result of all this labour is a gorgeous and fun-looking fighter with a visual style that instantly recalls Lab Zero’s excellent Skullgirls. To accompany the Marvel-esque brawling action, TFH will feature a whole host of modes, cutesy 8-bit lobbies, and GGPO-supported online action. How the fighter squares up in a very competitive market remains to be seen, but it’s clearly a solid draw, with more than enough appeal to carve out a niche for itself, like a lot of indie fighters.