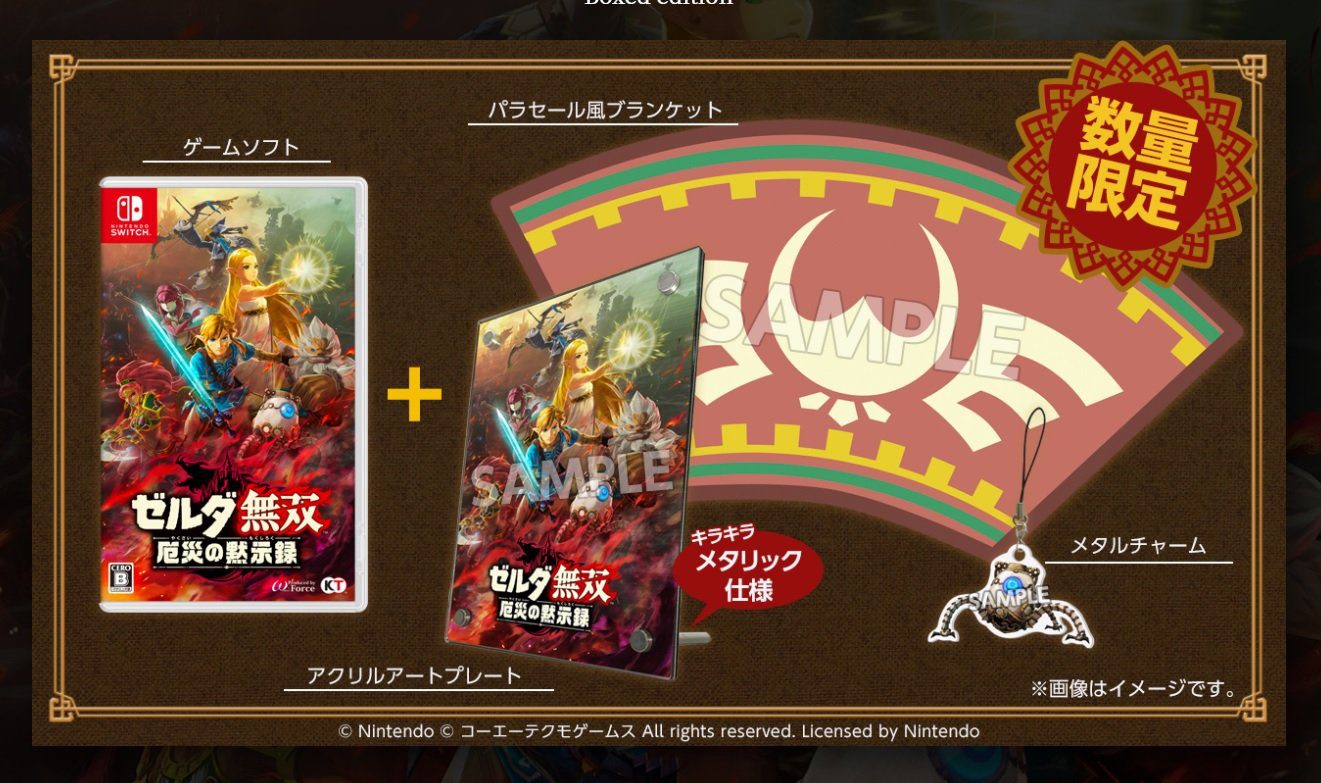 Just recently, we learned that there’s going to be a prequel to Zelda: Breath of the Wild. That’s good! It’s also a hack and slash and part of the Hyrule Warriors franchise. Depending on who you ask, that’s either bad or good! And it’s getting a deluxe edition that’s exclusive to Japan for now. That’s mostly bad!

Although Nintendo merely teased the special edition of the game when they revealed Hyrule Warriors: Age of Calamity, thanks to a new product site we actually know what it entails, how much it costs and what it looks like. In short, it’s going to run you 16,720 yen, which is roughly $150 US.

Dubbed the “treasure box” edition, the main draw is a Paraglider blanket (designed after the Breath of the Wild item), with the actual game (always good for collector’s editions to have the game in them, right), an art plate and a metal charm of a Guardian in tow. You can import it if you want, but you probably should only do it if you’re a huge Zelda and Hyrule Warriors fan.

You have to wonder how this game is going to turn out, and how much is borrowed from previous Hyrule Warrior iterations. I hope it’s a mostly fresh experience.