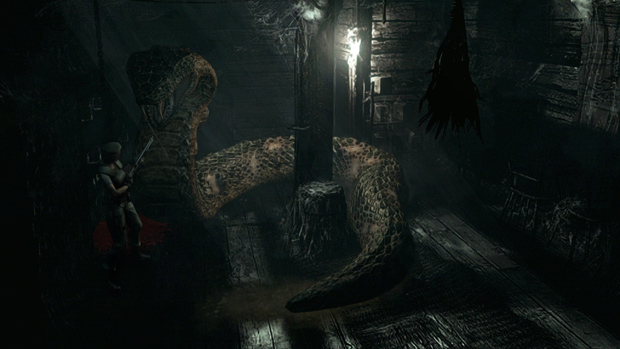 Comparison screenshots of the ‘REmake’ and new remaster

Capcom has posted screenshots of its 2015 remaster of Resident Evil as well as equivalent shots from the so-called “REmake.” There are even sliders on Capcom-Unity so you can quickly see how the new version stacks up to the Wii port of the GameCube remake.

The side-by-side comparisons are like getting new prescription glasses. “Holy shit! How did I live like that? I was blind!” Besides the obvious reduction in blurriness, there’s improved lighting.

I sometimes forget how not-great GameCube titles look on HDTVs. Still adore the console, though.