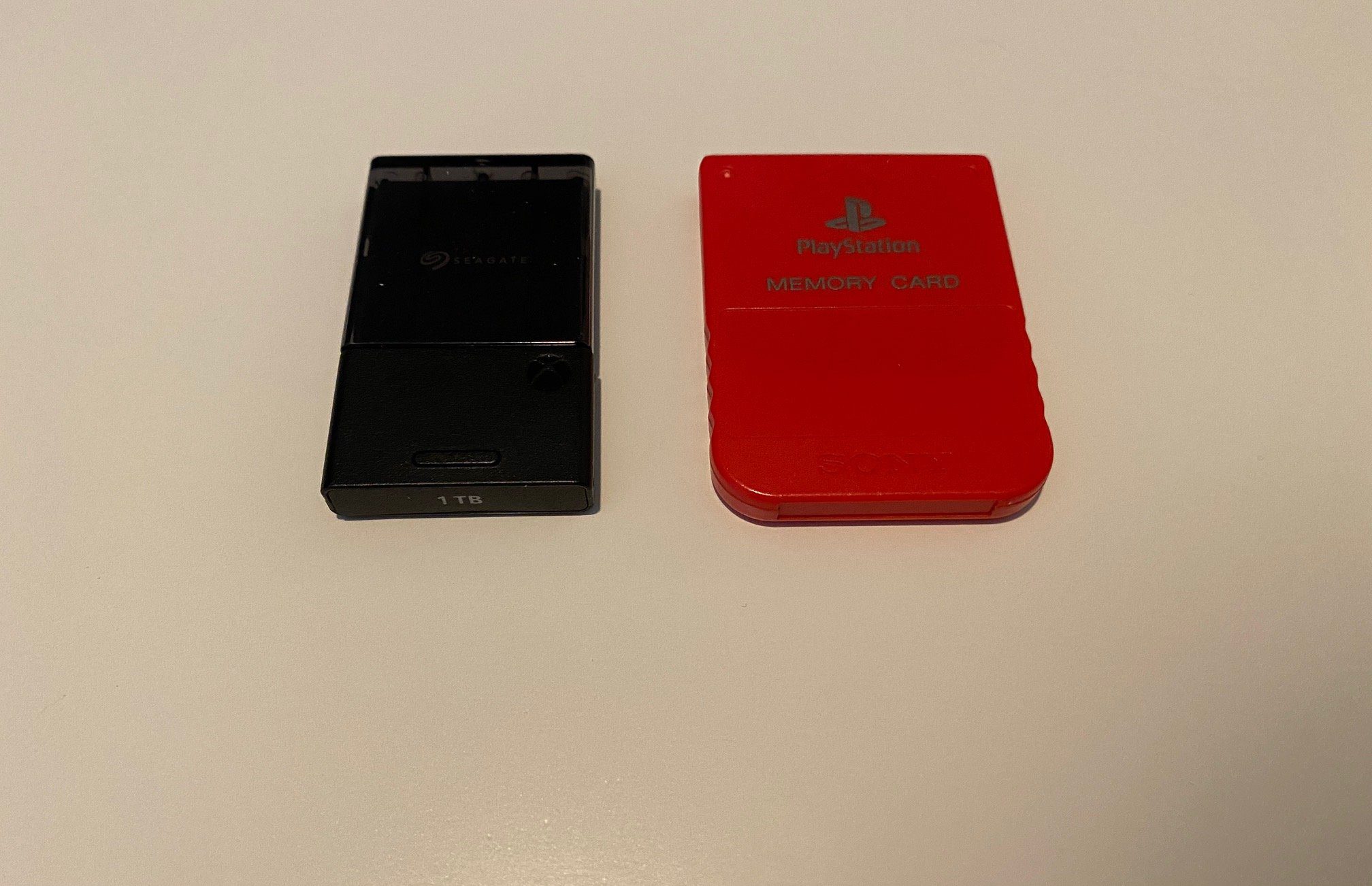 While the Xbox Series X has an out-of-the-box legacy storage option for older games, you can’t run “made for Series X” titles on it. And as a reviewer, I know I’m going to be running out of space fairly soon. Storage Tetris be damned.

I mean, the SSDs on next-gen consoles only fit…a few Call of Duty games! Without DLC! So I picked up the official SSD Seagate Storage Expansion Card on my own dime (it’s $219.99), both for practical reasons, and for science. Thankfully, it didn’t disappoint.

The main thing to keep in mind: this thing is small! Take a look: that’s 1TB of SSD storage. Well, in theory, as the usable amount of space is actually 919.9 GB once it’s hooked up to your system (Series X or S).

In case you’re wondering, it fits nicely into the “storage expansion” part of the Series X, which I was able to easily find behind the hardware thanks to the four dots denoting the slot. After plugging it in, you’re immediately greeted with a pop-up prompt saying it’s installed. You don’t need to format it or do anything with your PC first.

I tested it out by moving several “optimized for Series X/S” games from my internal SSD to the expansion card. A 28.36 GB game (Gears Tactics) took roughly 35 seconds to transfer. Once moved, it booted up with similar load times to the internal SSD (just a few seconds). So far, it’s that simple.

This generation, Microsoft really thought of everything. While it might not have killer exclusives just yet, your old stuff and a bunch of forward-thinking capabilities are ready to go. Sony has yet to announce PS5 external SSD compatibility, as the feature is coming “at a later date.” For a more detailed rundown of the Series X as a whole, check out our full review.

[These impressions are based on a retail build of the hardware purchased by the writer.]