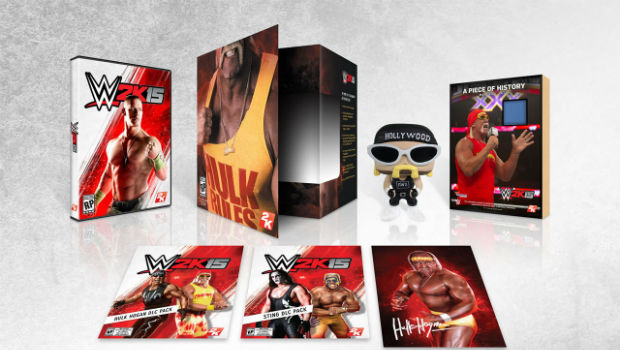 You too can be a Real American

2K Games revealed the contents of the Collector’s Edition of WWE 2K15 this week, and it’s a doozy. In addition to getting a copy of the game (hey, not every CE has the game these days!), you’ll also get a special Hulkamania package, collectible art (signed by Hulk Hogan), a Hollywood Hulk Hogan figure, an actual piece of a ring used in a WWE match, and DLC.

Um yeah — that’s how you do a Collector’s Edition, although you can only pick it up on the PS4 and Xbox One for $99.99. Unless they can go back in time and get more authentic WWE canvas from Monday Night Raw on March 10, 2014, consider this a limited set.