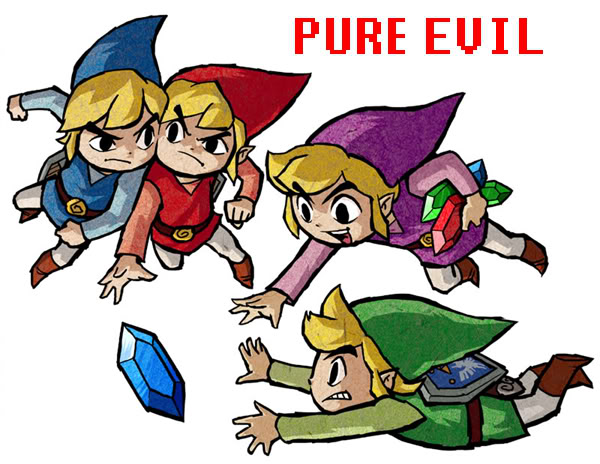 When the world is falling to ruin, it is very important to know which side you are on. If you just happen to be the one doing the ruining, great, good for you. You are pretty evil and people definitely hate you. However if you’re on the side doing the hating, you know, of the evil guy, it is also very important that you ally yourself with reliable friends.

In the world of gaming this act of camaraderie is referred to as “Co-op.”

The goal in any co-op mode is to work together to complete common objectives. It makes perfect sense! Why do what one person can do when more can do it better and faster?!?! However my experiences have proven time and again that this dream theory brings with it more chaos than any mob of baddies could ever have wrought down upon my blistered thumbs.

What I mean of course, is that friends, nay ANY ally, when converted to virtual sprites and polygons, are the most evil creatures you will ever meet. Just picture it, if you and your friends were basically immortal and on a quest to save the world, how many times would you f**k with them just to do it?

Have you ever tried playing The Legend of Zelda: The Four Swords for the Gamecube with three other friends? You will spend more time burning each others asses with fire rods, pushing purple Link down chasms, and slicing each other from nape to chops instead of actually progressing the plot. And the greed factor is thrown in there to increase the fighting. Who gets what weapons, and “Oh no, blue has the most rupees, push him into spikes until he dies and poops ’em out for us to steal!”

The horror doesn’t end there. Final Fantasy: Crystal Chronicles is also pretty brutal on the greed side. You’re a group of four adventurers stuck together within a seven foot radius of a chalice filled with magic tree water. The one stuck carrying the chalice gets shit, and there’s always that one guy who stands back, waits for the kill, and swoops in for the treasure… that guy I call “Sam.” So basically, it’s a bitch-fest until we get the guy to divvy the loot, which he kind of does, but still keeps like, 50% of it. Jackass. 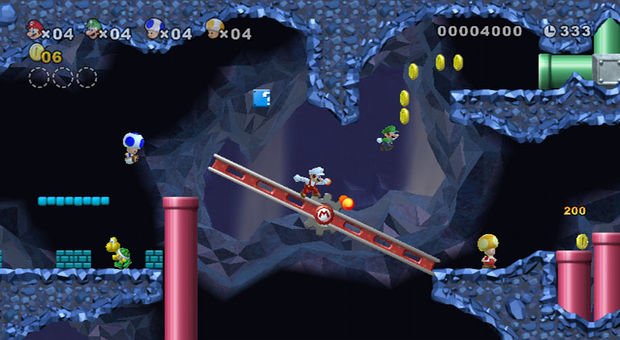 Some more recent examples of games that bring about these feelings of anger are Left 4 Dead and New Super Mario Bros. Wii. I mean, I can’t even tell you how many times I’ve been online playing the L4D campaign only to get hit by a Hunter halfway through and witness no one coming to my rescue. Which is very stupid because they all end up dying after that anyway. And NSMBW is a major betrayal-fest, when you’re getting eaten by a Yoshi and then spit out into a hole or getting blocked on a jump so that you slide to your death. It’s just… why can’t people be nice?

The only exception to the co-op rule that I’ve found is if you’re fighting against another group of live players. If you’re actually kicking other peoples’ asses, its okay to team up, everything is cool, let’s work together, yeah yeah yeah. But you replace those online players with bots, and all sense of the word “comrade” suddenly disappear.

Maybe its just me, maybe I just play with a bunch of douche bags, but if there was one perfect example of evil in videogames, my answer would a thousands times be co-op. Nothing brings about more hatred, malice, and corruption than sitting in a room with three people and fighting over virtual goods.