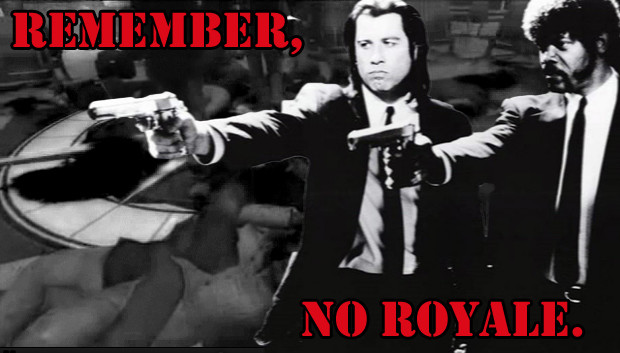 I have a confession to make — my virtual gamer self is a sociopath. In every open world game I play, innocent civilians stand no chance against me, being slain by the hundreds. Their forbidden fruit of dropped money and items is more dear to me then any item bought legitimately through an in-game store.

*Mild Modern Warfare 2 spoiler below, and major Fable 2 Spoiler after that*

As I played Modern Warfare 2’s “No Russian” level in this same mindset, I felt some real twinges of guilt from the actions I was performing. I began to question how this was affecting me — these were the same fundamental rituals I had partaken in thousands of times in other games. As I was participating in this massacre, shooting innocents who were dragging the injured to safety while wading through a marsh of dead bodies, I realized that this scene was not the event that had affected me the most in the game and I think I now know why.

The key to evoking emotion in games is to show a real connection with the characters and link what happens to them to the same consequences that would happen in real life. In GTA games, there is no element that tells you “This person you killed on the street had a whole life, a circle of people affected by their death.” Shooting them in those games is rewarded by the game through money drops, so the message is that this is right in that alternate universe.

In the portrayals of evil in Grand Theft Auto IV and Pulp Fiction, present are the consequences of gore, fear of being caught, and regret on the person’s conscience, but we identify with these characters as the protagonists — bad motherfuckers we’d put on a lunch box.

Buy the castle, see what happens.

Fable 2 was the one game that impacted me and made me feel sincerely guilty, and I still feel remorse for the choice I made in it. In the end you have the three decisions with various degrees of morality to yourself and others, I tried all the endings by reloading my save. Because it’s a game right? Well, I had heard about an expensive castle that had more content to it, from Peter Molyneux’s letter to Ron workman, post scripted with “Buy the castle, see what happens.” With this suggestion, I picked the “greedy” ending last, where you get a million gold, at the price of my dog, Rupert. I figured it was no big deal, he’s just a character that goes around and collects things for me.

Well I did it, and as soon as I did and got past the point where it showed the cut-scene, I was put back onto the mountaintop in front of Rupert’s tombstone. When I looked at that thing it really hit me that I spent a lot of time in the game not just using him to get items, but entertaining him with fetch, playing guitar while he howled to impress ladies, or praising him when he did things right, and thought about how much the dog reminded me of the one I grew up with. Hell, I had even shown him off to my wife, telling her “look, I can make him do tricks!”

So I bought that damn castle, but the fun was gone from the game for me. It was like completing a bargain you made with the devil. After paying that price you have to see what you went through the trouble for. At this point, I had a huge horned demon guy in bright gold clothes with charred flesh from head to toe. When I completed the castle skirmish, I got to the end, where there was a sex change potion. I already felt dirty, I had killed off the one videogame character I’ve connected to the most in twenty years of gaming for a bit of blood money, hell, might as well throw my character’s manhood out with it too.

Emerging from that cave as a giant demon woman, I sought satisfaction for my hedonist desires, sleeping with every character I could and gorging on food. I roamed the plains as a naked horned Rosie O’Donnell for my last moments and traded the game away, never to play it again. I had corrupted and destroyed everything that game had to give and felt actual shame for doing so.

The varying degrees of connection the player or watcher feels is really a matter of how invested you can get in those who are taken away and reconcile that with your real life experiences. I think it’s safe to say that the type of over the top violence with comedic flair we see in Pulp Fiction or Grand Theft Auto do not affect us because we can buy into the evildoers as protagonists. They are the ones we can connect with, not the characters that are brought onto screen for a few minutes for the sake of being killed. In contrast to the MW2 airport scene, we have about 30 seconds worth of cut-scene text buildup to describe the terrorists in the level, with a main character that we find it hard to agree with juxtaposed with a large crowd of people like ourselves in an environment where we have been conditioned to be fearful of by acts of terrorism. In my Fable 2 example, I spent the whole game growing an attachment to have it taken away at the climax of the story, where a player is usually rewarded, by my own greedy choice.