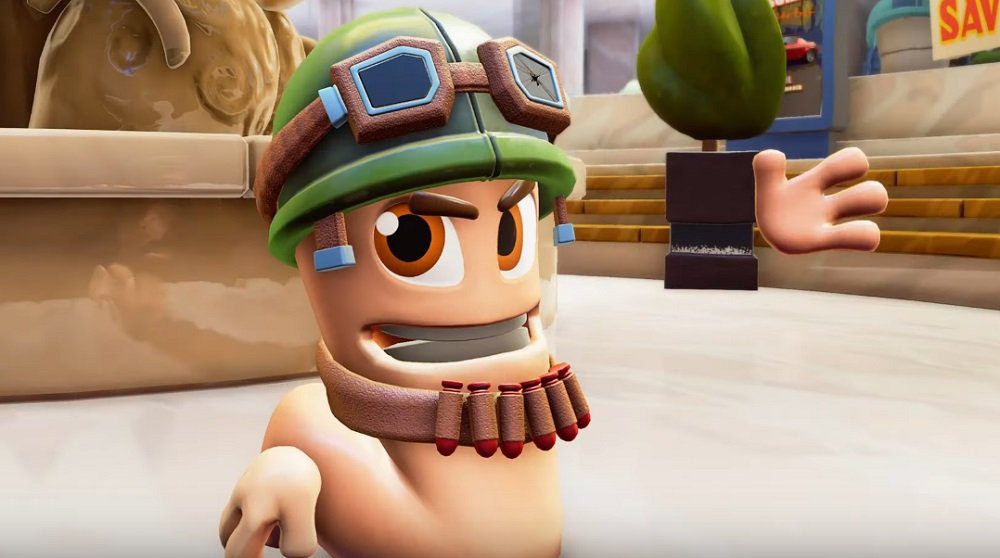 Dust off that bazooka

Worms is a franchise that certainly holds many memories of my formative years. A bunch of friends squeezed around a 486, blasting each other to kingdom come with pixel-perfect long-distance shots, devastating shrapnel grenades, or a Street Fighter-style Dragon Punch when the conflict got up close and personal.

Legendary British developer Team 17 is hoping to capture that same feeling of friendly rivalry with Worms Rumble, the latest release in the long-running strategy franchise, now available to purchase on PS4, PS5, and PC via Steam. While the expansive maps, huge array of weapons, and explosive action are all present and correct, Worms Rumble reinvents the battle entirely by going real-time.

That’s right, instead of waiting your turn and nervously picking your shot, the entire battle is fought by all players simultaneously, creating apocalyptic mayhem never-before-seen in the Worms franchise. A wide variety of modes are on offer, including solo and squad battles, as well as a mammoth, 32-player, Last Worm Standing battle royale. Worms Rumble supports cross-gen and cross-platform play, which should hopefully keep the lobbies full, regardless of your platform of choice.

Team 17 plans to add special XP events, new modes, and limited-time challenges over the coming months to help keep the action fresh. Oh, and to help you spot your slimy pal amidst all this chaos, a wide variety of skins, accessories, and other customization items will be available to unlock and purchase in-game. Just because you’re raining hell, doesn’t mean you can’t look fabulous while doing so.

Worms Rumble is available now on PS4, PS5, and PC via Steam. It’s worth remembering that Worms Rumble will also be a part of PlayStation Plus’ December offerings.