The WoW voice-changing is pretty fun too

There are a lot of schools of thought when it comes to microphone tech, but I’ve been a Blue (da ba dee da ba daa) man for many years now.

The now-Logitech-owned company has a penchant for simplistic designs that are not only effective from a recording standpoint, but also aesthetically pleasing: if you’ve watched a video podcast or stream, you’ve probably seen a Blue microphone at some point.

The Yeti X has been one of Blue’s top pieces of hardware for a while now: and that family is about to expand later this month with the very weird, yet very interesting “World of Warcraft Edition” Yeti X. 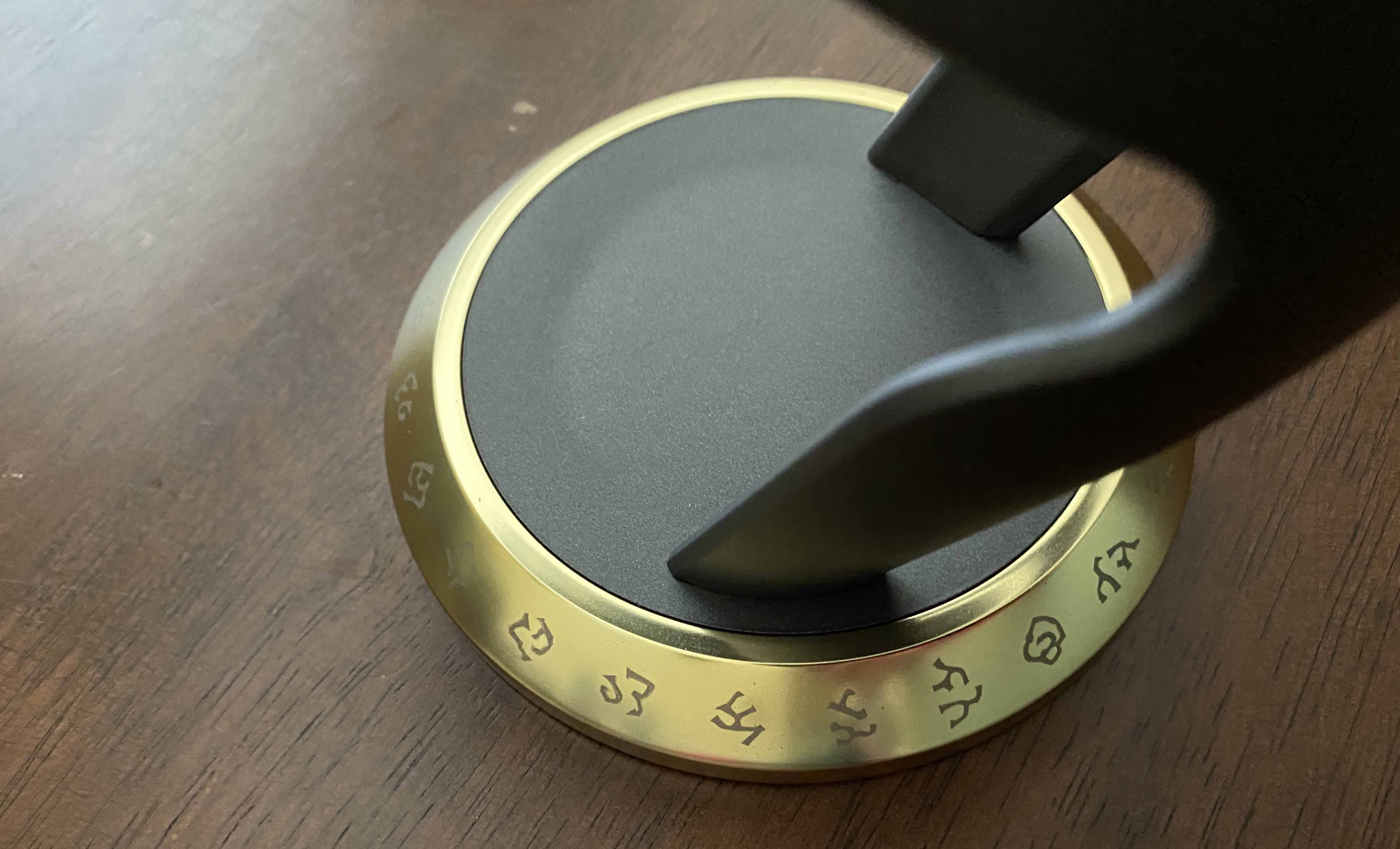 Looks-wise, the World of Warcraft Edition mic is very similar to the make of the Yeti X proper, but with a gold tint and a not-very-tacky World of Warcraft logo adorned below the pattern button. The base is probably the biggest departure, extending the gold theme with some signature Warcraft runes for theme. While Blue could have gone overboard with it, I actually like that it’s close to the original Yeti X design.

That’s a model we haven’t covered widely at Destructoid, but it’s highly recommended. The Yeti X has a sleek “traditional” mic look, with a swivel and multiple pickup-patterns to choice from to suit your setup. It has options for a single source or multiple, to account for podcasting solo or with a group (while blocking out some errant noise). It weighs 2.8 pounds, which gives it some heft without feeling like a bonafide paperweight.

The runes I mentioned aren’t just on the base, they’re also part of the mic’s volume level knob, which thankfully is accompanied by green, yellow and red icons to denote “loud, medium, soft” settings. In my tests, the Yeti X comes across very clear in terms of both highs and lows, capable of 48 kHz, 24-bit audio with no DSP (digital signal processing). This is overkill for most people, but allows professional recorders to have more control over their audio in editing.

One of the bigger features of the WoW Yeti X is probably the voice modulation software, which is baked into Logitech G Hub. Presets include an orc, gnome (as well as an “extreme” pitchy gnome setting), demon and imp. One of the suggested uses that Blue provides is for Dungeons & Dragons campaigns, which is actually a pretty clever idea in this isolated, digital world. Of course, you can also download your own voice changing software or edit it yourself. The Warcraft stuff is basically just an extension of the existing BlueVoice app (with has presets for robot, split personality, a chipmunk, a fishbowl, whispering and witness protection). 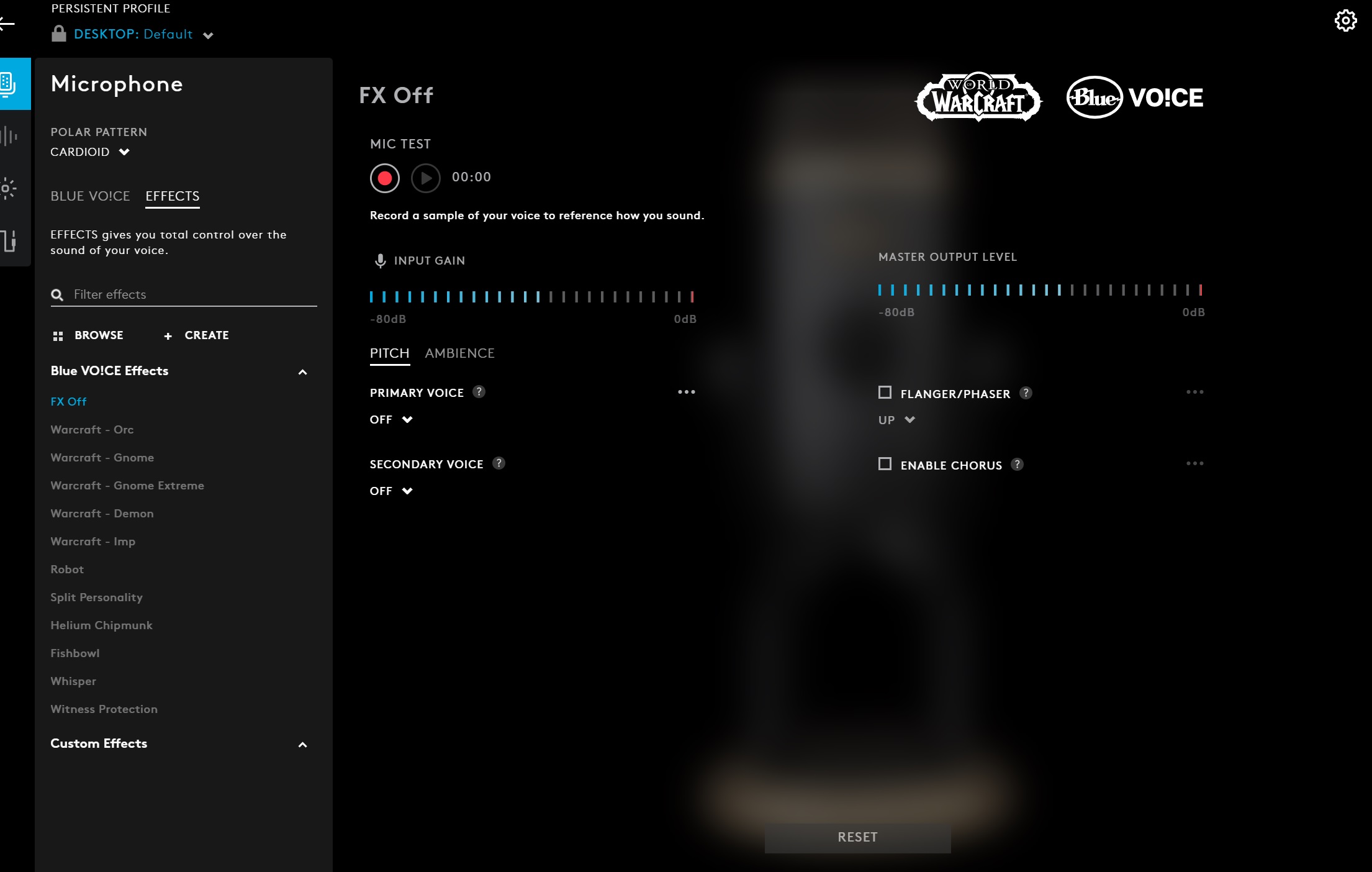 Plus, some of these features are specifically aimed at streamers — like the spammable soundbites like spells or Jaina/Thrall quotes — which can be tied to a keybinding to trigger while streaming. It’s not something I’m going to be using that often, but it’s a fun option even when you’re just messing around on your own; even if linking the Murloc yell to a mouse button is hilarious. The real premium you’re paying for is the limited-edition design and the Yeti X experience.

As someone who already owned the G Hub suite (for my keyboard) it was painless to download the update required to power the mic, but for folks who aren’t a fan of Logitech, it’s a hurdle you’ll need to cross. You don’t need G Hub to record anything though: any old program like Audacity will work.

The World of Warcraft Yeti X is a luxury item, given that it costs $30 more than the standard Yeti X at $199.99. If you’re a Warcraft fan and don’t have a mic, this special edition should be up your alley though, because the Yeti X is a great mic in general.

[These impressions are based on a retail build of the hardware provided by the distributor.]

Filed under... #Hardware#Impressions#World of Warcraft