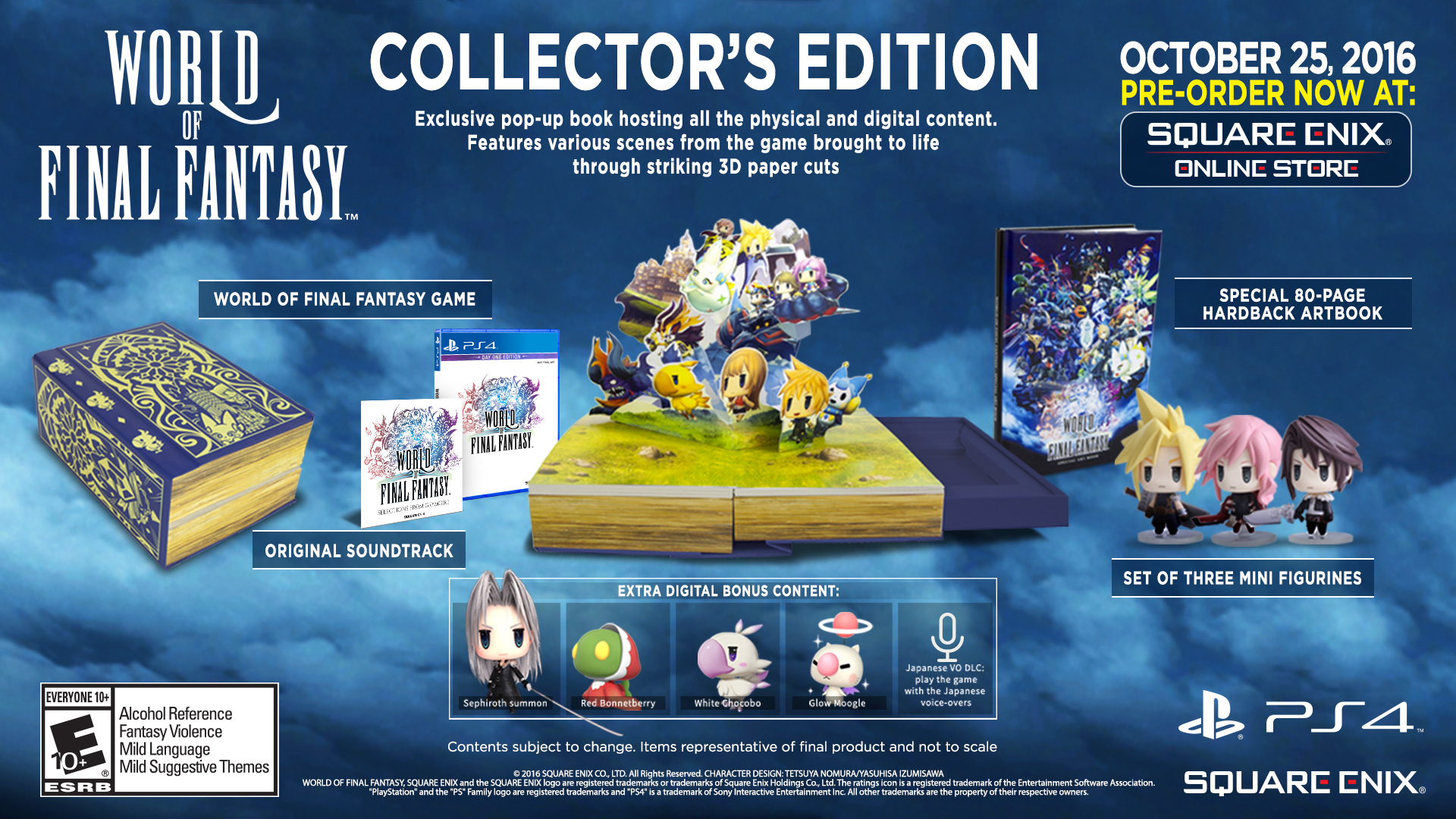 It includes a freaking pop-up book

World of Final Fantasy, which is set to debut in both the west and Japan at the end of October, is starting to gain a little bit of traction. It’s still a Sony exclusive (PS4, Vita) and they’re really celebrating that with today’s PlayStation Blog post that details the collector’s edition of the game.

Sadly coming soon exclusive to the Square Enix Store (which I’ve had mixed experiences with), it includes the OST, digital bonus content (including a Sephiroth summon and Japanese voices —  that is also available in the normal Day One Edition, but Jesus, talk about essential DLC that I hope is sold separately), three mini figures (Cloud, Lightning, Squall), an 80-page artbook, and a pop-up book, which is one of the most amazingly cute things I’ve ever seen.

Never heard of World before? The new trailer below should tip you off to its adorable and nostalgic theme.