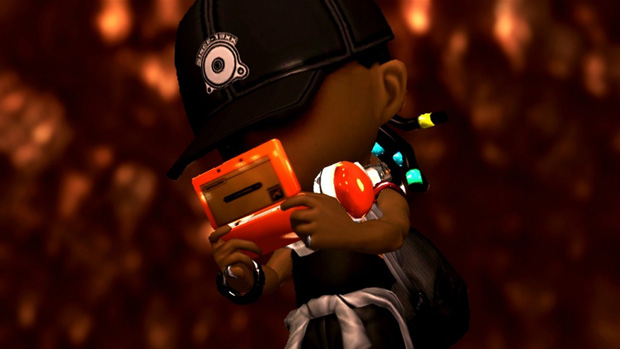 Nintendo big boss Satoru Iwata recently brought PlatinumGames director Hideki Kamiya onto Iwata Asks to discuss The Wonderful 101. In a followup roundtable, a healthy chunk of the W101 development crew went into even greater detail about the upcoming Wii U title.

Right out the gate, Kamiya revealed the origins of W101 as a Nintendo crossover game. The idea, pitched by Platinum CEO Tatsuya Minami, was to gather a bunch of Nintendo all-stars into a single adventure à la Konami Wai Wai World or Famicom Jump: Hero Retsuden. Kamiya’s team then conceived of having tons of Nintendo characters on-screen at once, forming into different shapes using what would later be known as “Unite Morphs.”

When this idea was brought to Nintendo Software Planning and Development Group 2 leader Hitoshi Yamagami, he exclaimed, “This is impossible!” Getting characters from different games to work sensibly in Smash Bros. was already a challenge, but the way this new Platinum concept was presented would have been even more challenging. The plan was shelved for several months, then Platinum returned with the same idea but replaced Nintendo characters with completely original superheroes. Now the wheels were finally turning.

W101 features many wild characters, but there are two extra special characters for players who keep their eyes peeled. One is “Wonder-Director,” modeled directly after Kamiya and who has a signature trait that sets him apart from the rest of the heroes. The second comes from a certain other Nintendo collaboration and even has a completely unique Unite Morph. You don’t need to read between the lines to guess that this character is likely Bayonetta.

Development of the game seems to have gone on right up until the last minute. In fact, the Multi Unite Morph ability, in which more than one transformation can be triggered simultaneously, was only added this past May, completely under the nose of W101 producer Atsushi Inaba. It turned out all right, as this new technique greatly expanded the depth of the game’s battle system.

Hit up the Iwata Asks link below for more hotness.