A difference in voice you can hear right now

(Editor’s Note: Flixist and Destructoid are not immune to this issue. Despite actively searching we suck at recruiting women. It’s an issue we take seriously. If you’re a woman and enjoy writing about movies or video games we’d love to give you a chance. Please reach out to [email protected] with a little about yourself and some writing samples.)

A recent study has confirmed what we already know: film criticism is pretty much a white-male-dominated place. As a woman of color working as a film critic, I get that diversity is a problem. It remains, as always, a question of access, though I think that with #MeToo and Time’s Up right in the public eye, the awareness of women in film and entertainment is much more on the rise this year.

Although I agree that there are loads of really respectable, entertaining and worthy male reviewers out there (I work with an awesome team here at Flixist and over at Destructoid, and I’m a loyal Wittertainee, too), I simply want to throw out the names of a few prominent WoC critics today and share their work, because they’re worth celebrating. Here are five of the best you can follow: 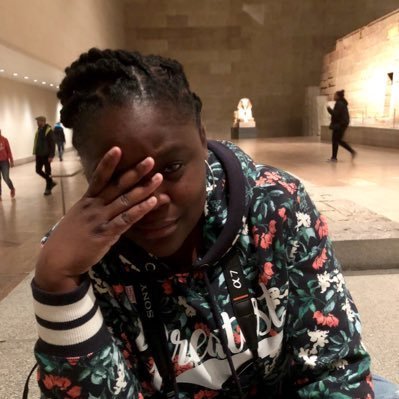 Valerie Complex writes for various sites including ArcLight Comics and Moviepilot.com. She’s a big advocate for diversity both on screen and behind the scenes, and in a recent Twitter thread she stated that

I have been fighting for more inclusion for the better part of a year. I have talked with celebrities about how they can help. We need more WoC publicists. We need to hold major outlets accountable for their lack of inclusion on staff.

She has put together a full list of women of color film critics who are worth following: you can find the list here. She is known for using her voice to raise the profile of WoC in film and entertainment journalism, and as of this week, she has put out a Google Doc on Twitter, inviting others to collaborate, connect and to raise their profiles.

Complex has also written for Nerdist and The Hollywood Reporter, among others. I really like her writing because, as a cultural activist, she isn’t afraid to say what she thinks about representation of marginalized communities. For example, in a dialogue with Robert Jones, Jr., she spoke about Wonder Woman and the fact that it doesn’t necessarily mean equal representation for people of color. I found this to be a really fascinating discussion that really opened up the film’s meaning for all kinds of audiences. 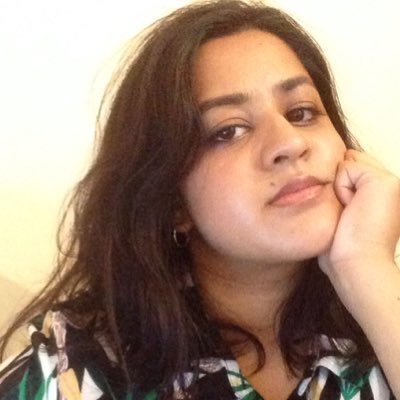 Another great critic I’ve been following for a while is Simran Hans. She writes for the Observer and is an articulate, thoughtful commentator. She has been spoken of highly by a number of respected critics and her frequent contributions not only to the Observer but to her other freelance outlets are worth reading (she’s appeared in Buzzfeed, Dazed, the FADER and Sight & Sound, among others). Hans’ reviews for the Observer can be found here and her personal website can be found here.

She has previously collaborated on the Bechdel Test Fest in London, which is open to everyone of all backgrounds, and is officially known as ‘an ongoing celebration of films that succeed in representing women in a positive and progressive light’.

Hans has written prolifically for so many publications that it can be difficult to know where to begin. She does, however, have a common thread running through her work of talking about racial and/or feminine representation in cinema. In a piece for Cléo Journal, she writes about the messaging behind several kitsch films, and for Buzzfeed, she has written about black lives on screen and how British cinemas need to serve black audiences better. 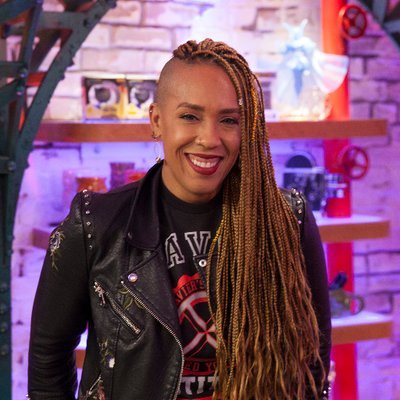 Angélique Roché is probably best known for working as a host at Marvel Entertainment, where she can be found speaking on the Marvel’s Voices podcast, a space for in-depth conversations with storytellers with unique perspectives. She has recently interviewed peeps such as Greg Pak, A’ja Wilson, Jeffrey Bowyer-Chapman and Sana Amanat. Here she is talking to Comedy Central’s Franchesca “Chescaleigh” Ramsey about experiencing different worldviews:

Prior to her time at Marvel, she worked as the Vice President of External Affairs for Ms. Foundation for women, as an attorney and has been known for various campaigns. She’s also been to E3 this week, so lucky gamers might have spotted her around!

Roché is an important figure and her writing really stands out because she has the perspective not only as an entertainment host but as a legal figure too. In a piece on Black Panther, she writes about the effect the film has had on communities in the US and beyond, examining the political implications of black representation in the past, while also discussing the nitty-gritty of the filmmaking decisions, such as narrative, imagery and casting. 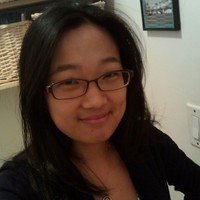 Angie Han is the deputy entertainment editor at Mashable. She previously had 6 years’ experience at SlashFilm.com, where she worked as an editor. She has recently written a brilliant, super-scientific, super serious article on the trope of the Topless Superhero Scene from every MCU film in the last ten years, which you should check out right now. Her Twitter is a fabulous haven of quite frankly brilliant humor and her commentary on all aspects of pop culture.

pleased to announce that i have officially fulfilled my purpose on this planet https://t.co/Mx2tA4SGfj

One of Han’s latest pieces for Mashable is on The Incredibles 2, where she discusses how the film questions the stereotypical superhero movie landscape. I love that she is unapologetically invested in the franchise (not to mention the super-cute Pixar short beforehand), and openly states this. If she’s anything, she’s relatable – so get following! 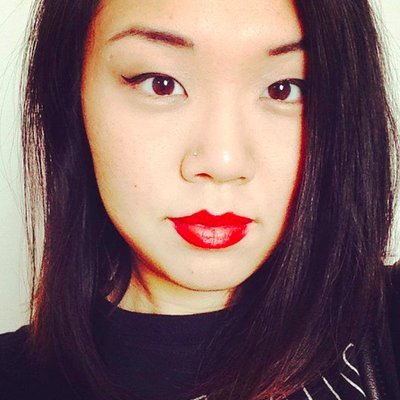 Susan Cheng is a writer covering entertainment news for Buzzfeed, and her personal blog can be found here. She has recently written a compelling interview with Awkwafina, star of Ocean’s 8 and Crazy Rich Asians, and her rise to fame as an ethnic minority individual in Hollywood, which you can read here. It is an interesting commentary on how WoC can face opposition in the entertainment industry but proves that anything is possible. Cheng is known for covering stories relating to BAME figures, which you can find here.

From my point of view, Cheng is probably one of the best writers on Asian-American pop culture and representation online at the moment. She’s recently written a piece on Latino representation in Pixar’s Coco and Netflix’s Narcos, which spotlights Hollywood casting director Carla Hool and her campaign for more inclusive narratives. And, for a deep dive into Cheng’s work, you can watch an interview with her on The Nerds of Colour last year, in which she talks about Asian-American representation in films, whitewashing in Hollywood and is generally intelligent, funny and worth listening to:

So although studies suggest that film criticism at the moment is lacking in diversity, I think there are a lot of really important prominent WoC working in the industry too, and many more on the rise, that are 100% worth checking out.