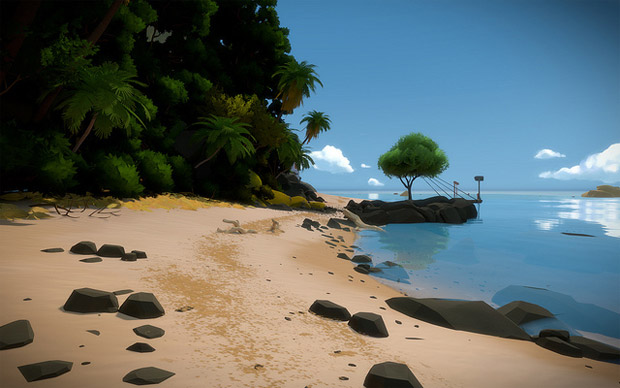 ‘The field of what’s possible in games is so large’

While The Witness might seem like quite the departure from Braid, at least at first glance, there are similarities to be found — particularly with the way the games’ overall themes are presented.

“When you go in, if you just are interested in a puzzle game and you’re not really looking at story or philosophy or anything like that, there is a really good puzzle game,” says designer Jonathan Blow in this developer video. “But if you want to read further than that, there’s other layers.”

In talking about developer independence, Blow explains that “I would definitely like to make our money back on this game and I would like to make a profit on it, but it’s actually not the number-one priority on it. The number-one priority is to make the best possible game that we can make that brings the most beneficial experience to the players.”

I’m not sure if I was snoozing at the keyboard or what happened, but The Witness looks far prettier in motion than I had previously realized. My goodness. I’m going to get so lost in this game’s open world, but that’s okay.