I’ve been playing The Witness for the past day or so. Although I don’t like it as much as Brett (yet, at least) I think it’s pretty damn great, and if you even remotely like puzzle games you should get it — it’s like a modern day Myst.

In this era of instant gratification I suspect a lot of people are going to be turned off by it, but for me, it couldn’t have come at a better time. 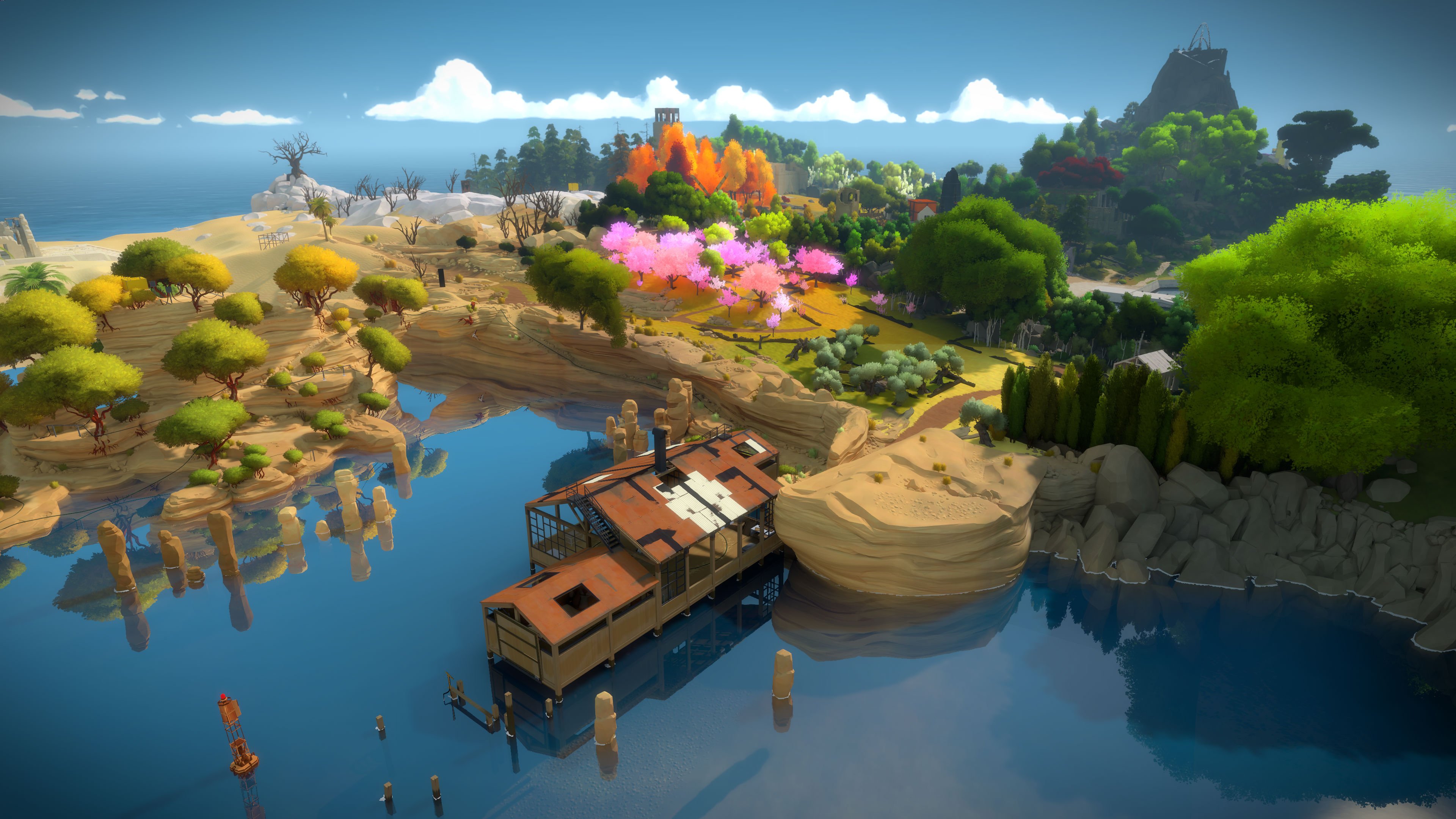 [It’s best to go in this game blind, but if you need convincing, read ahead.]

The Witness is an unconventional game from the start. It drops you in the world with no context, and no overarching intro cutscene. You’re just there, ready to solve puzzles. For a good while, all of the story is inferred, and even after experiencing some of it by way of audio logs, none of it is over-explained.

I’m roughly 10 hours through the game at the moment. But you know what? That’s not a barometer of anything, as Witness is a completely non-linear title. There’s no gamey “progress” indicator, no breadcrumb trail to tell you exactly where to go next, and no hint system — hell there’s barely even a menu. And that’s arguably the best part. Although there is a small hump at the start that you’ll climb to access the main hub, from there, the world is your oyster. If you see something cool and want to go there, you just go, and start doing the puzzles within.

Since each area is themed, most will alter the rules of the game and force you to think differently. But the beauty of Witness is that since there’s no set progression, you can simply leave if you feel overwhelmed, go to another zone, and come back later with new logic in tow. There’s no leveling up or item acquisition — the only thing you’re acquiring is personal knowledge of how the game works. It won’t come easy either, even if you’re particularly versed in the genre, because The Witness is relentless. It will stump you on a single puzzle for a good 15 minutes, then throw 10 other more difficult puzzles at you just like it in rapid succession. It tests every part of your brain, and your patience level.

Rewards are also never immediate. After working your way through each area, sometimes over the course of a few hours to best a tiny little shack for example, you almost never see the benefits of your success in the slightest. That’s going to piss off a lot of people — without positive reinforcement, some will lose the will to go on. But that’s just another draw for me. The game is riddled with secrets, and it compels me to solve all of them. 70 hours for everything? I believe it. I don’t need a cluttered UI to pop up and lead me to each objective, Assassin’s Creed style — there’s already enough games like that out there.

I’m not going to act like hand-holding and streamlined design is inherently a bad thing — far from it. We’ve come a long way in gaming when it comes to a lot of archaic and alienating mechanics, and lots of projects have incorporated some rather great concepts that have brought in droves of people into the hobby — the more the merrier. But in an increasingly streamlined era where most games err on the side of breadcrumbing you every single step of the way, games like The Witness and series like From Software’s Souls series practically stand alone, peerless — as long as you have the patience for them.