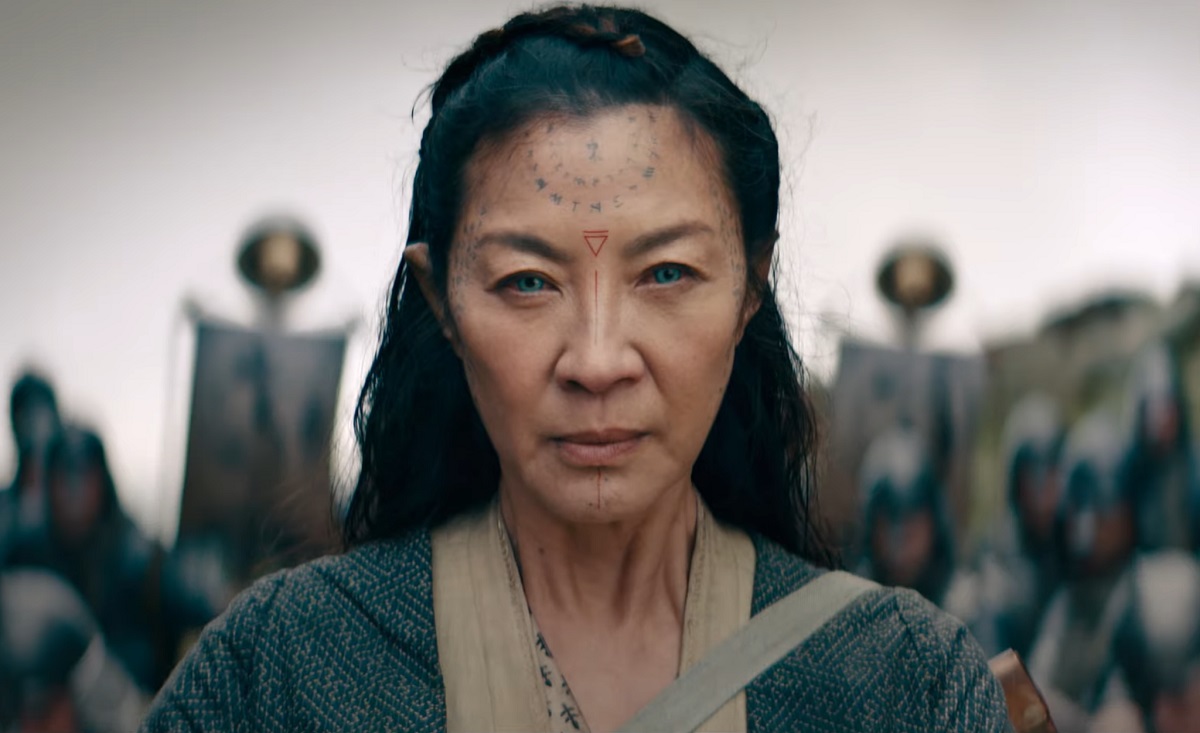 Netflix has released the first teaser trailer for its upcoming series The Witcher: Blood Origin — The series, which will debut on the streaming service from December 25, will serve as a prequel to its smash-hit show, which is itself upon the books by Polish author Andrzej Sapkowski.

The Witcher: Blood Origin is set around 1200 years before the arrival of legendary figures such as Ciri, Yennefer, and, of course, Geralt of Rivia himself, and will tell the story of the fabled “Conjunction of the Spheres”, the moment when the worlds of man, elf, and monster first collided, leading to a bold and dangerous new era for man and beast alike. The series will depict the coming of the event, alongside the necessary founding of a legion of beast slayers known as “Witchers”.

The new, four-part series will be headed up by the legendary Michelle Yeoh (Shang-Chi, Everything Everywhere All at Once) as the formidable sword-elf Scian. Yeoh will be joined by Jodie Turner-Smith (Anne Boelyn, True Blood) as the highly-skilled Queen’s guard officer Éile, and Laurence O’Fuarain (Game of Thrones, Vikings) as the redemption-seeking warrior Fjall. The cast is rounded out by Mirren Mack, Zach Wyatt, and Jacob-Collins Levy.

The Witcher: Blood Origin will offer up an original story, set within the same universe as the games and original novels but telling a tale of new characters and events. The show will precede the arrival of the fourth season of The Witcher, which will see Liam Hemsworth take up the dual swords of Geralt of Rivia, donning the well-worn scabbard of departing actor Henry Cavill.