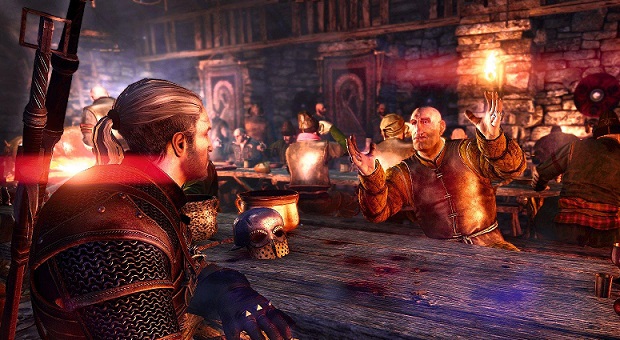 If you found CD Projekt’s sprawling Witcher series to be your cup of tea, you’re likely foaming at the mouth for The Witcher 3: Wild Hunt, the third and final entry of a saga that’s spanned ten years in development. It’s shaping up to be a great-looking game, but that shouldn’t come as a surprise, given CD Projekt RED’s Tomasz Jarzębowski’s recent comments to the Sydney Morning Herald, citing the desire to “go nuts” in terms of visuals when it comes to Xbox One and PS4 versions of the game.

“We want the game to look as beautiful as possible,” he said. “I think we are in a good moment, we don’t have to choose between better graphics or performance on either PC or consoles now, we can just create the best looking game possible.” Jarzębowski was less forthcoming when asked how far the game may end up pushing console processors, stating “the future will tell [if The Witcher 3 maxes out the consoles.] There are games that are being released for current-gen that look way better than everything created so far. We are always getting wiser and wiser, so I expect our next game will look even better.”

If recent screenshots are any indication, The Witcher 3’s cup overfloweth in terms of aesthetics, but will it deliver when it comes to gameplay as well? Only time will tell, but our very own Jordan seems to think so.