No Persona 4: Golden this year? Well, it wasn’t all bad. The year certainly wasn’t slouching when it came to doling out 50+ hour time sinks. It started out strong with Ni no Kuni: Wrath of the White Witch all the way back in January and spiraled out of control since.

We have had a healthy mix of console and handheld fare, eastern and western formulas. The vaunted “Waifu Simulator” that is Fire Emblem. A collaboration with Studio Ghibli. There’s even a fully free-to-play game that’s arguably better than Diablo III. More like Diablo Free!

Here are the nominees for 2013 RPG of the Year: 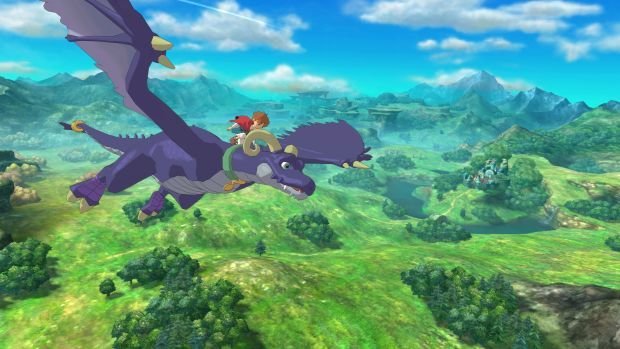 Ni no Kuni is, as Jim put it in his review, “a classic of the modern age, built entirely from classics of the past.” In some sense, it is the last traditional JRPG we ever need. It delivers on most of the hopes, ambitions, and promises of the genre, particularly with the jump to polygonal graphics.

There is a fully realized, traversalable overworld on top of more intimate locales. There is a boat, followed by an appropriate airship proxy.  There is crafting, there is monster taming, there is monster grinding. It is basically the apex of the traditional Final Fantasy/Dragon Quest model, colored by an unprecedented partnership with famed animation house Studio Ghibli.

To me, Ni no Kuni represents, in some sense, the “end,” or the at least the culmination of the traditional JRPG. It isn’t transcendental, but expert. It hits all the notes it needs to with aplomb. The idea that, for some, it will mark an introduction into the genre — that’s proper flippin’ tidy to think about, in’it mun?

Mr. Drippy is the best.