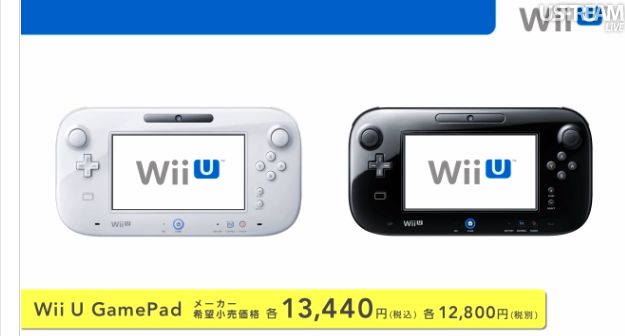 Nintendo detailed pricing info for all the accessories to go alongside the December 8 launch of the Wii U console. The main thing you need to know is that the Wii U GamePad controller will cost ¥13,400, which is about $172 right now. Yes, really. The controller will also include an AC adapter, something we sadly have to make note of with Nintendo now.

And since the console is backwards compitable with Wii games, Nintendo will be offering a Wii bundle pack which consists of a Wiimote, Nunchuk, and sensor bar for ¥5,250 ($67). Wiimotes will be available to purchase in multiple colors still on their own for 3,800 ($48), while Nunchuks will be 1,800 ($23).

To be clear, this controller is NOT compatible with your existing Wii console. You need to own the new Wii U console. This is what you would pay if you wanted a replacement or second Wii U GamePad, because you sleep on mattresses made of money.