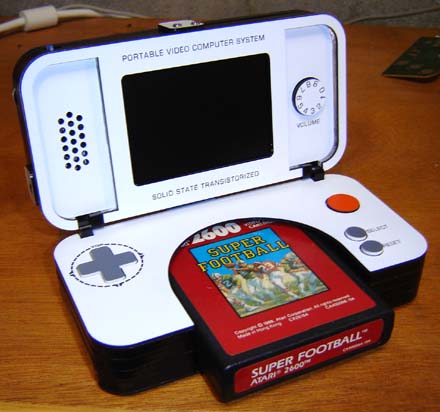 Benjamin Heckendorn, the modder that brought us the one-handed Xbox 360 controller, has created a new handheld Atari 2600 system. What looks like a cousin of the Nintendo DS, this Atari creation sports a folding screen and basic control system.

Benjamin has created handheld Atari 2600 designs before, but nothing this pretty. Though most of the e-mails to the site ask for Xbox 360 mods, Benjamin feels that there could be some interest in mods of the older systems like the Atari 2600.

Click the link for instructions on how to make your own Atari 2600 handheld.