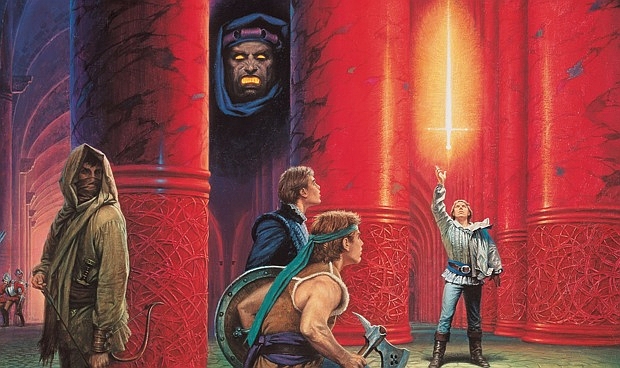 Expect blockbuster action in the Wheel of Time videogames. Professional screenwriter Chris Morgan is directing the story for Red Eagle Entertainment’s forthcoming videogame series. Morgan is the writer of numerous Hollywood flicks including such greats as Cellular, Wanted, The Fast and Furious: Tokyo Drift.

The Wheel of Time series is a mess of cold stares and plot holes, but we’re guessing that’s not why Morgan was given the job as story director. The videogame series is described as a set of games “derived” from Robert Jordan’s fiction, thus — and we’re guessing here — writers are need to plug in whatever game-y elements are needed to flesh out the digital experience.

We’re cool with this choice as long as we don’t glimpse Rand steering his horse around slick street bends or evading police in future teaser trailers. That would be a bigger bummer than the typical cold (or icy) stare.